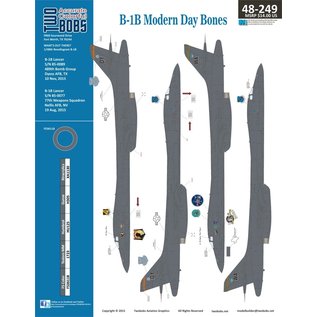 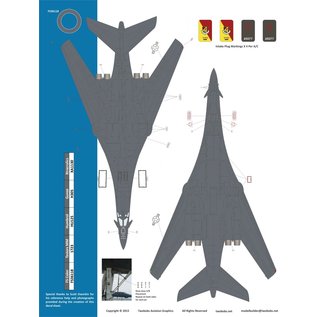 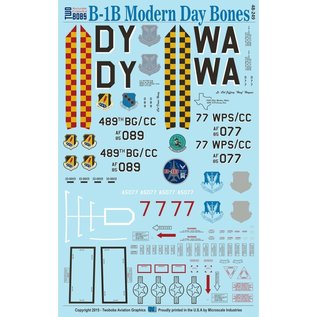 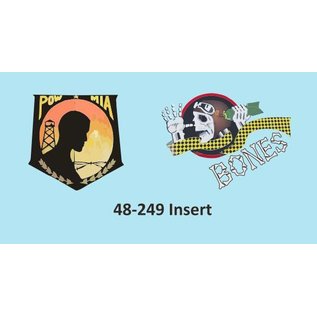 The B-1B has become the de-facto heavy bomber used by the USAF in the global war on terror. With the integration of the Sniper XR targeting pod, this aircraft is currently flying mission profiles in the AOR that are commonly referred to as "Heavy CAS".

There are two marking options available on this sheet. The 489th Bomb Group has a long history that dates back to WWII when they flew B-24 bombers in the European Theater. With the re-establishment of this bomb group, we have provided markings for the new Wing King jet.

The second set of markings are for a B-1 assigned to the Nellis Fighter Weapons School. This is also a Wing King jet for the 77th Weapons Squadron.

Nose art adorns both of these aircraft and there are complete stencils that allow you to build one aircraft.