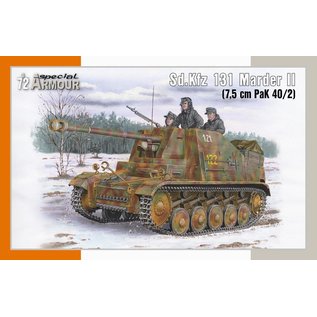 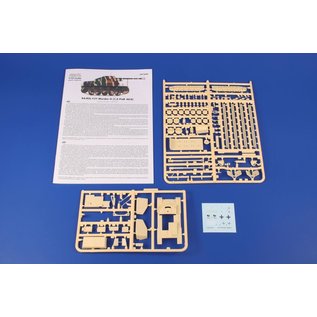 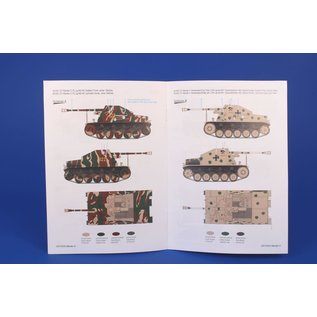 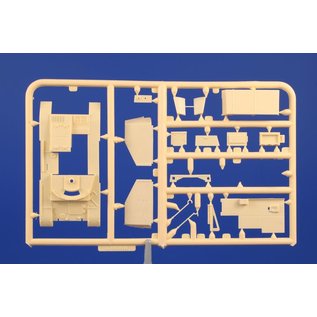 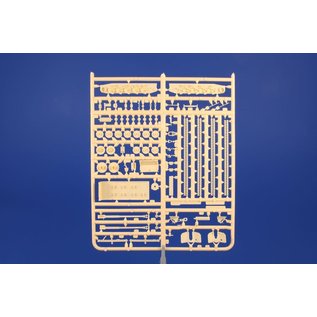 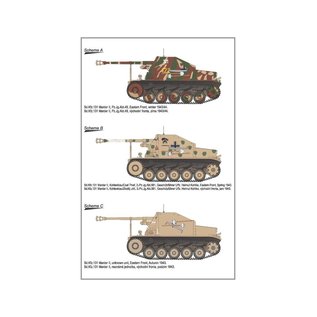 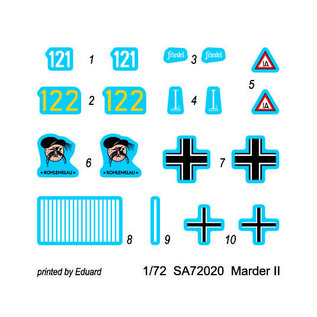 This Marder II is a really superb model of the German WW2 tank destroyer, the first of a couple of models moulding tools of we have recently acquired from MK72. Rightfully the model was awarded the Model of the Year prize at the time it was released first.

The Marder II tank destroyer was developed using the Pz.II tank chassis. The Soviet, heavy armoured KV-1, KV-2 and most importantly the T-34 which had been put to service in large numbers proved nothing but lethal to their lightly armoured German opponents. The Wehrmacht, in consequence, had to start looking for ways to deal sufficiently with this Soviet threat. Based on chassis of various Pz.II versions, Germans developed two types of tank destroyers, the Sd.Kfz132 and Sd.Kfz 131. The Pz.II Ausf G. type chassis formed the basis for the Sd.Kfz 131 which was equipped with the new PaK 40/2 anti tank gun. Beside this gun, the crew also had for their protection a loosely carried MG34 machine gun which could be used either against infantry or attacking aeroplanes.  The SdKfz 131 were built from components at Famo plants in Warsaw and Wroclaw in today´s Poland. The production gave a total of 1271 vehicles over the span of two years, from 1942 to 1944.

The kit brings two styrene sprues and a sheet of decals for three Eastern Front machines, including the one dubbed the Kohlenklau, which will most possibly be the top successful Marder in service, bearing a wide range of victory bars on its barrel. The other machine from our selection might be interesting for the modeller by the use of two tactical numbers on its hull, besides also featuring a single victory bar on the barrel. The final machine was referred to as “Friedel”