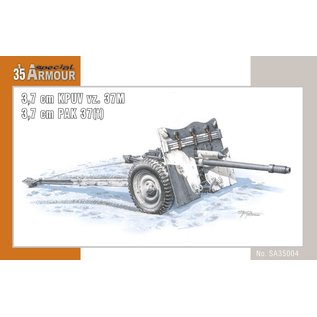 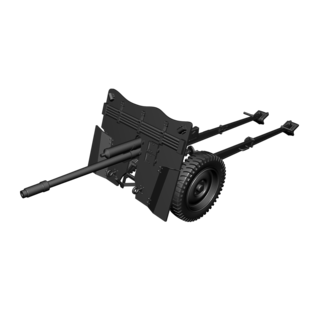 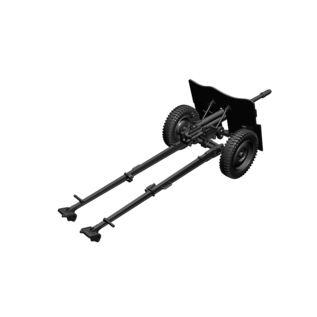 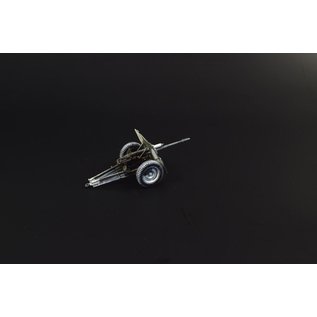 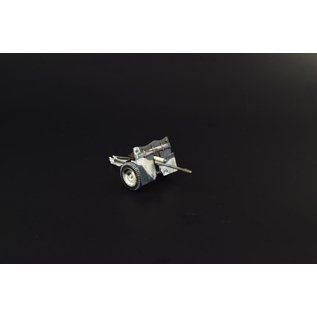 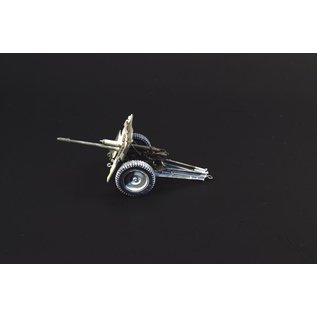 In the 1930s, the Skoda development department came up with a design for a modern 37mm A3 anti-tank gun, which was later accepted by the Czechoslovak army and used under designation 3,7cm KPUV vz.34, (KPUV standing for Kanon Proti Utocne Vozbe, or Anti-Tank Gun). The Skoda design team did not lie back on their laurels and developed a modernised type known as the A4 which gained excellent results while it was being tested and surpassed considerably the original 3,7cm KPUV gun. However, the new type used a different type of ammunition and therefore its breech had to be redesigned to be capable of using the earlier ammo as well. After that, nothing stood against the A4 gun being accepted by the Czechoslovak army, which used it under 3,7cm KPUV vz.37 designation. At that time, this weapon was the world´s best in its category. The production guns were supplied in several varieties, among which was also the Type M which could have been transported behind a motorised vehicles. The A4 guns were also exported to Yugoslavia, Bulgaria and Hungary, besides others. In 1938, nearly one thousand KPUV guns of both types were ready to defend Czechoslovakia, 390 of them were of vz.37 Type P and 300 of vz.37 Type M. The 3,7cm KPUV Gun vz.37 was capable to shoot through the armour of all Wehrmacht´s tanks. However, in the end, these guns were first used in combat by the German Wehrmacht, which, having realised the Czechoslovak guns were superior to German ones, put them into service under 3,7cm PAK 37(t) designation. And, how effective these guns were, soldiers of Poland, France, Belgium, Luxembourg and the Netherlands found out to their detriment. And only the attack against the Soviet Union made the 37mm guns obsolete as they were no longer effective against the new Soviet mid and heavy tank armours. Nevertheless, the guns remained on strenght almost until the end of the war. Amongst their users was also the army of the Slovak State, which had been built on the ruins of former Czechoslovakia, the Slovak Army deployed the 3,7cm guns also against the USSR, but with similar trouble as the Wehrmacht.