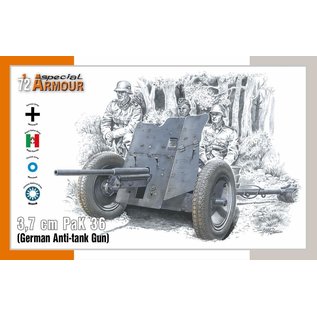 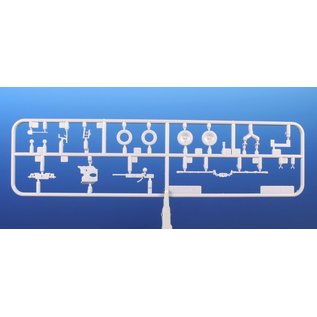 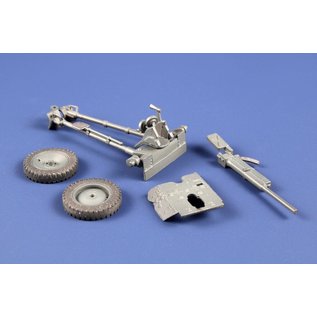 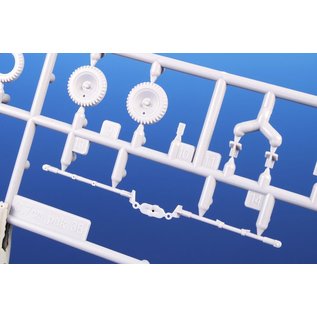 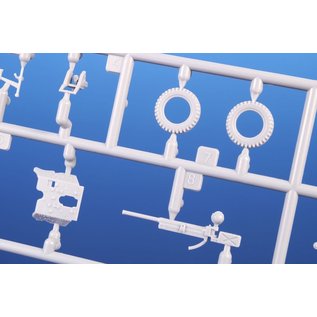 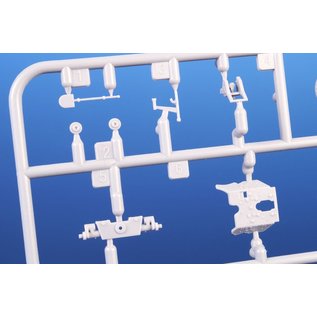 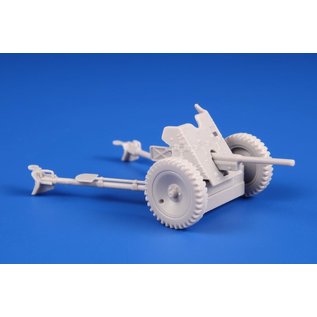 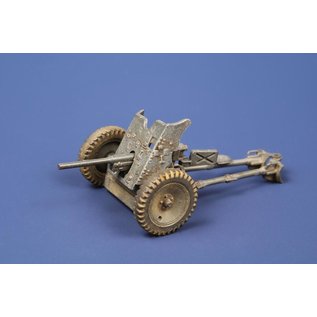 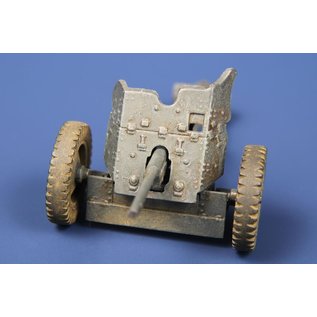 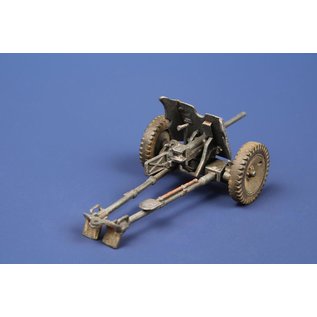 In the initial stages of the war, the German Wehrmacht was equipped with 3,7cm PaK 36 anti-tank drawn guns. These were designed during the 1930s and first put to service in the Spanish Civil War. Before WW2, the guns were also exported to several countries including China, Finland or the Soviet Union. The latter also bought the licence rights and produced it as the M1930 (1-K) cannon. At the beginning of the war, the PaK36 gun was capable of penetrating the armour of virtually all of the period armoured vehicles. Gradually, as the enemy vehicle‘s armour protection was becoming more and more efficient, the PaK 36 guns were losing their superiority and new and more powerful guns became to replace them. Nevertheless, the PaK 36 went on serving until the end of the war, its performance sometimes also boosted by the use of the Stielgranate 41 rocket anti-tank projectiles.

The model colour schemes comprise guns of several armies. Those of the Wehrmacht are two, one in grey, the other in sand as it saw the fierce battles in Africa. Two other guns were on the strength of the Finnish army, one in the winter scheme, the other in several various camouflage colours. The Italian example, in fact captured, ex-Abyssinian army gun, is painted in two colours too. The PaK 36 guns of 88 Division of the Chinese army wore a single-colour scheme.

- not just Wehrmacht paint scheme, of other countries as well.