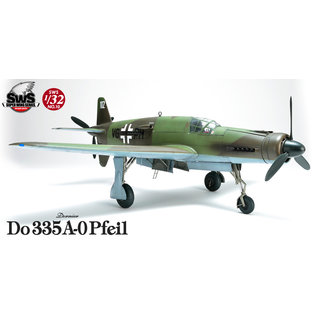 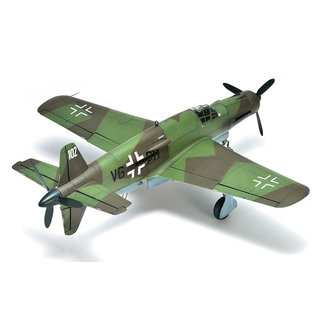 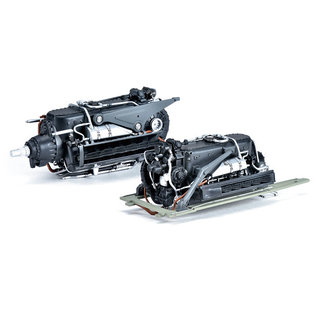 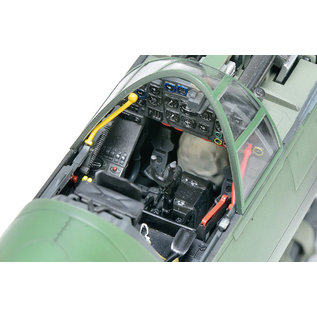 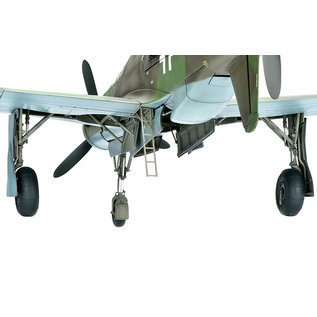 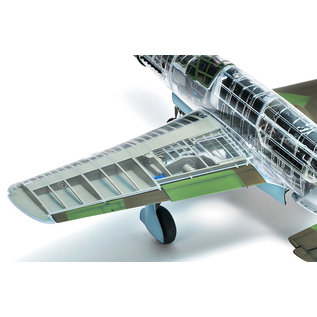 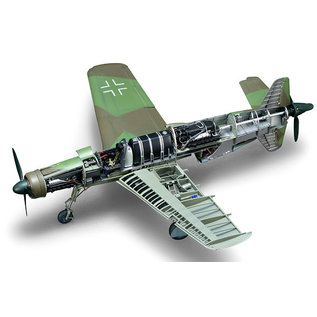 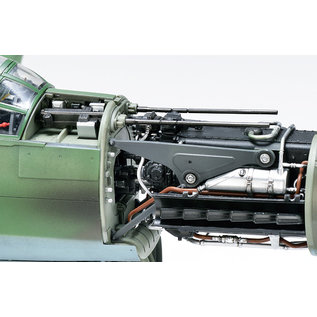 This SWS kit is based on the thoroughly research we made on the only Do 335 real machine still existing at the Smithsonian Museum in the U.S., so we have gone to the core of the Dornier design. The engines installed back and forth give the aircraft a singular shape, and the secret of the fastest reciprocating engine is all in the push-pull layout. Why, as in all other big aircrafts, the twin-engine are not horizontally installed on each of the main wing, but are installed back and forth in the fuselage? The DB 603 engines are installed back and forth while the MK 103 autocannon pass through them. The robust landing gears, the main girder of the box structure supporting the tough main wings etc., all are reproduced. Why is this aircraft having such a particular shape? Why was a machine like this required just at the end of the war when the conflict was intensifying? Build this SWS kit and you will have all the answers. This is it! By this plastic model you can reproduce the real airplane. Enjoy this new world of scale models acclaimed by aircraft fans all over the world.

The war situation was deteriorating day by day. Enemy heavy bombers invaded and arrived at the heart of the country without any problem. In order to bring about a miracle to the German Army which was about to be defeated, they had to work out a way to effectively attack the enemy's strategic sites. Under the circumstances, the Luftwaffe requested a "twin-engine high-speed bomber capable to reach the enemy lines where we don't own air superiority". What was the answer from the Dornier Company which had gotten a patent for tandem-mounted engines? The answer was an aircraft which was transformed from a bomber to a multi-role heavy fighter in the development stage. On the robust fuselage the DB 603 A were installed back and forth, making it a high-speed fighter with a phenomenal thrust power, the main girder of the box structure supporting the tough main wings is another particularity of this Luftwaffe double-engine aircraft. Everything is reproduced with this SWS kit.