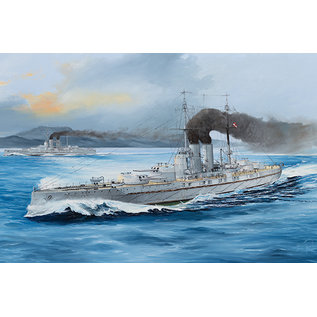 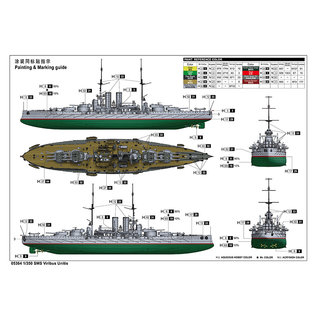 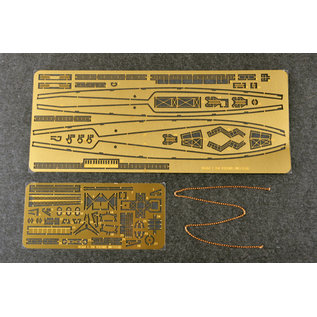 SMS Viribus Unitis in 1910 started service in December 1912, is the world's first triple piggyback a gun of dreadnoughts. Turrets and guns are from the well-known Skoda arsenal, which is equipped with a 305 mm main gun loaded triple, a range of 20km. Auxiliary guns Skoda also produced 150 mm cannon mounted on the side of the cabin deck gun inside layer profile.

No use of SMS Viribus Unitis was a rare joint flat deck design, the ship is crude fat, host power 27,000 horsepower, speed is about 20.4.

During World War I, the Austro-Hungarian Empire, due to the geographical limitations of the Adriatic sea where the Viribus Unitis only docked at the port. November 1, 1918, Viribus Unitis were sunk in the harbor by Italian divers placed a underwater mine.