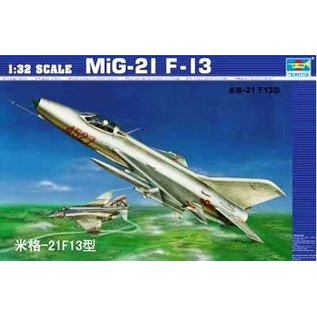 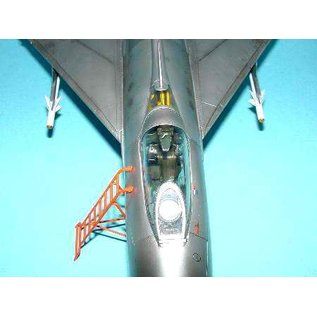 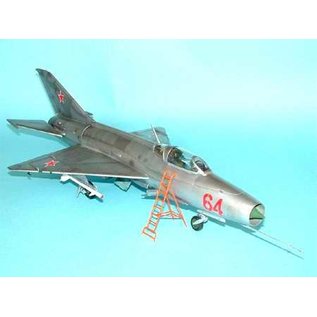 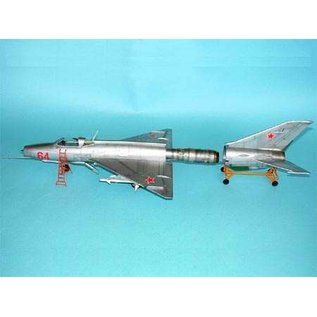 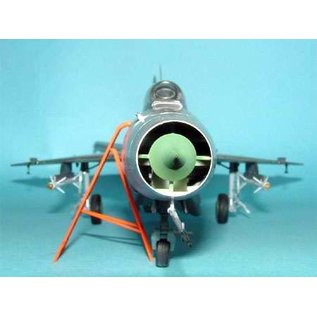 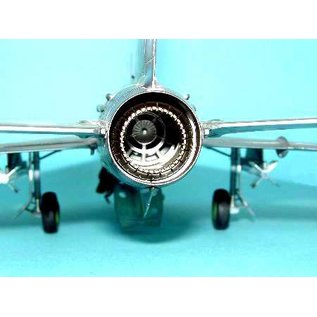 The MiG-21 F-13 was very similar to former version. It had a broader and lower fin and a different cockpit canopy. The armament also changed. The port NR-30cannon was removed (only aerody-namical fairing was located there) and the aircraft carried two under wing pylons with K-13 launch rails. The K-13 IR missile was identical to first AIM-9 Sidewinders captured in the Korean War. Both versions are representants of the MiG-21 “first generation” fighters. They were purely classical day-light fighters used only under the good weather conditions and visual target contact. The changes in the fighter combat conception, new air-to-air guided missiles and the results from “first generation” fighter operations gave rise to the “second generation” MiG-21s.