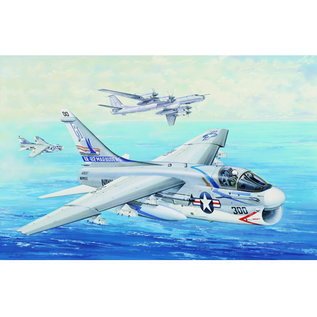 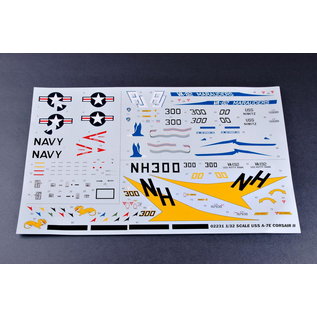 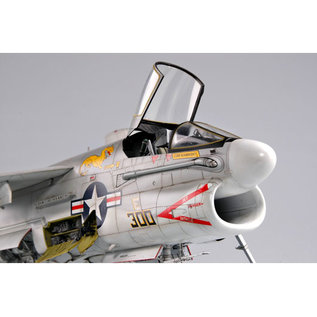 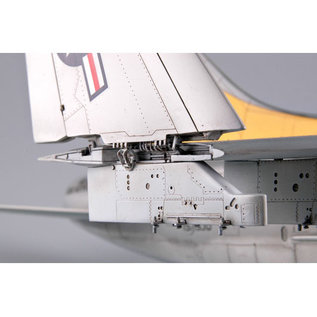 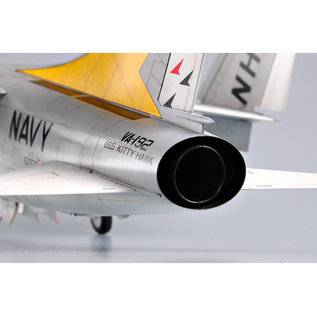 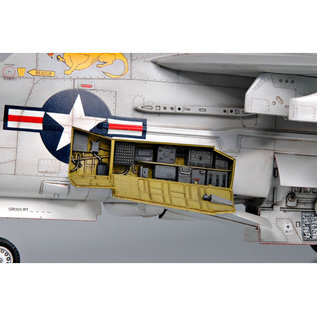 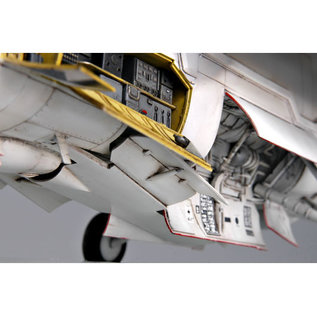 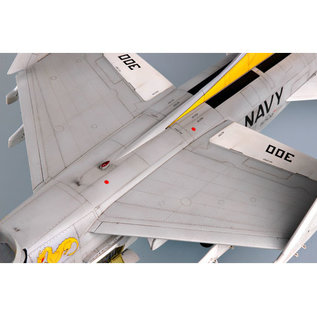 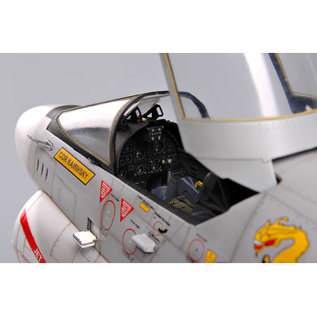 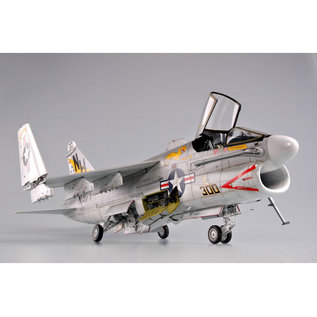 The A-7E differed from the A-7A and A-7B in a number of ways and was closer to the Air Force A-7D than either of the earlier Navy variants. The A-7E was powered by a navalized version of the 15,000 ib Allison/Rolls-Royce TF41-A-2 non-afterburning turbofan engine giving the A-7E a top speed of 693 mph at sea level. Armament included the same Gengral Electric M61A1 Vulcan cannon as used on the A-7D Ammunition for the Vulcan is carried in a 1,000 round drum mounted in the fuselage behind the cockpit with the rounds to the gun via a flexible chute. In addition to the M61, the A-7E can carry the AIM-9 Sidewinder AAM, AGM-65A Maverick, AGM-45 Shrike, AGM-84 Harpoon and the AGM-88A Harm. The A-7E is also cleared to carry nuclear weapons. The A-7E entered fleet service with VA-174 Hellrazors, The A-7E entered combat over Southeast Asia with VA-81 Sunliners and VA-83 Rampagers aboard USS FORRESTAL (CV-59) as part of Carrier Air Wing Seventeen (CVW-17).