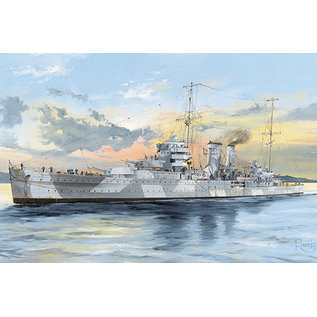 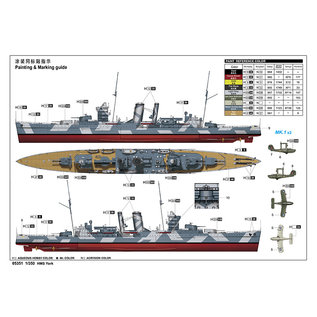 Heavy cruiser HMS York is the British Royal Navy during World War II York class heavy cruiser of the first ship.In September 1939 after the outbreak of war as a cover transportation fleet tasks, October attacked the ship began to hunt for Germany, in April 1940 to participate in the transport army troops to Norway Norway campaign. March 1941 cover transportation Army's fleet arrived in Crete Suda Bay, on the 25th night in Suda Bay, two Italian navy blasting boats were hit led to its loss of combat effectiveness. To avoid sinking, the British Navy drag stranded on the sandbar. Because still can not be repaired, only when using air defense fort, after the Luftwaffe bombed wreckage until after the war between Britain and Greece negotiated only in Greece demolished.