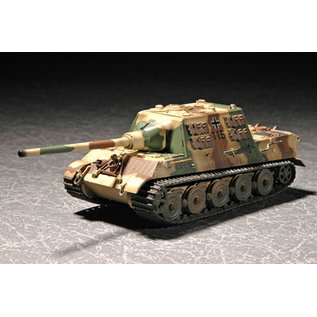 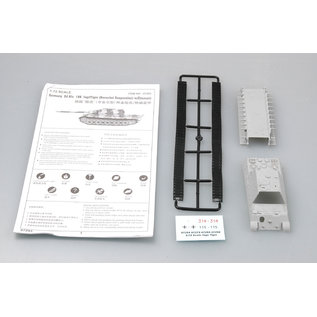 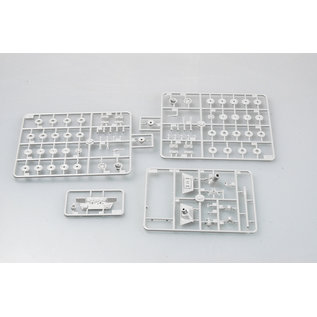 Jagdtiger development started in February of 1943 and on October 20th of 1943, wooden mock-up was presented to Adolf Hitler. Jagdtiger role was to support infantry and combat armored vehicles at long ranges. Two prototypes, one with Porsche suspension (made up of 8 roadwheels) and one with Henschel suspension (made up of 9 roadwheels) were completed in February of 1944. Its first designation was Jagdpanzer VI, but later on it was named Jagdtiger and received number Sd.Kfz.186. Production was planned to start in December of 1943 but started in July of 1944 but Pz.Kpfw V Panther production received priority and Jagdtiger production was slow.