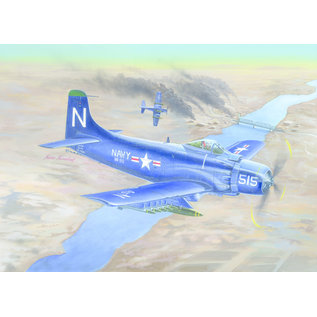 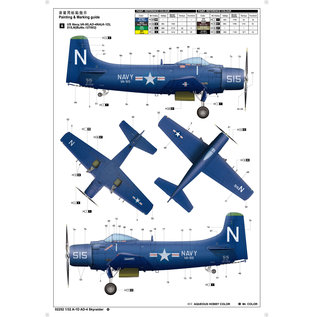 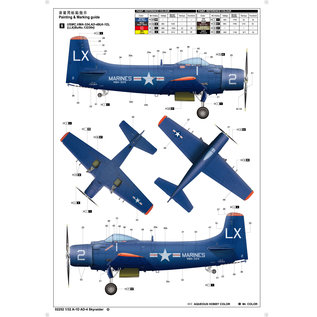 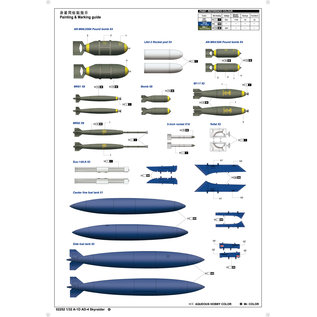 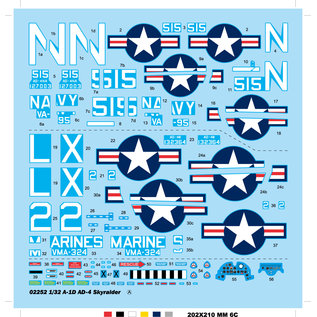 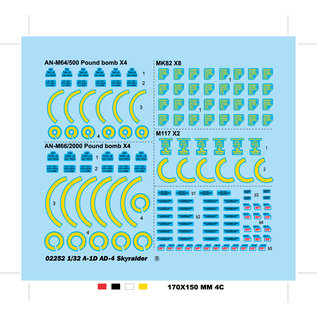 The Douglas A-1 Skyradier were designed as the new generation torpedo/bomber. Following the plan were changed for the end of the war, the Navy apply the Skyradier as a new attacker for the outstanding performance in the strike missions. The AD-4 is the largest production model of the family of the Skyradiers. A new 2700 horse power R-3350-26WA engine were installed,and the windshield was strengthen to protect the pilot from the bullets. A series of new equipments such as two extra guns,a P-1 autopilot, new arresting hook were also applied.
The AD-4 were renamed as A-1D with the new nomenclature of the US Navy in 1962