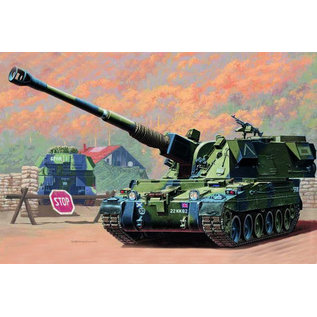 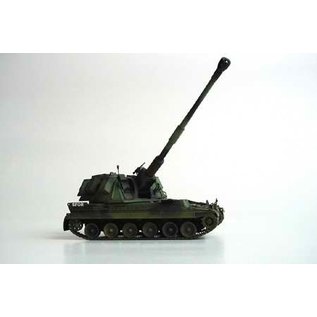 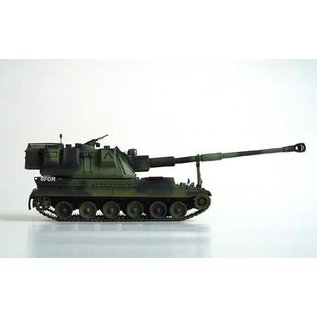 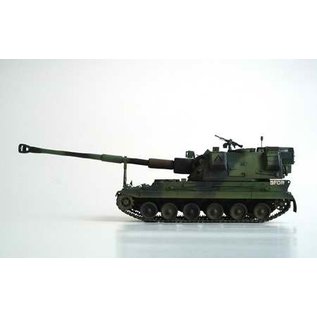 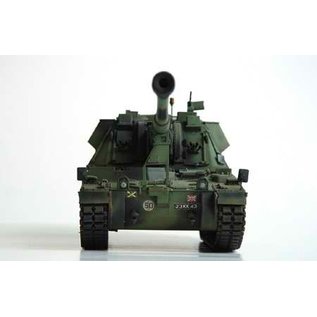 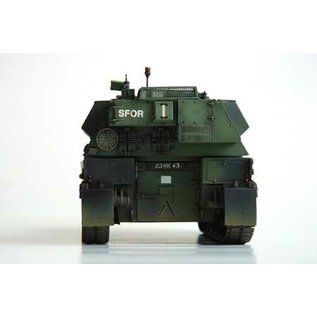 The AS-90 is the latest new AFV to enter British Army service and is thought by many to be the most advanced mobile artillery system in the World.. The AS-90 carries a crew consisting of the driver plus four or three operators.The AS-90 is fitted with a 155 mm 39 or 52 calibre gun barrel. The system fires the full range of current NATO 155 mm ammunition. Fitting a 52 calibre barrel instead of the standard 39 calibre extends the range beyond 40 kilometres. The vehicle is powered by a Cummins 660 horsepower V8 diesel engine. The vehicle is of all-welded steel armour construction which is rated to withstand impact by 7.62 mm and 14.5 mm armour piercing shells and 152 mm shell fragments. An enhanced version of the Howitzer, the Desert AS-90 (AS-90D), has been built to provide high capability in arduous desert conditions, including a thermal cover installed on the turret roof and solar reflective paint providing protection for the crew against hot metal burns. The AS-90 entered service with the British Army in 1992 and went into service in 1993, and has now replaced both the Abbott 105mm S.P. and the M109 155mm S.P. with the Royal Artillery. AS-90 is deployed in Germany and with IFOR in the former Yugoslavia.