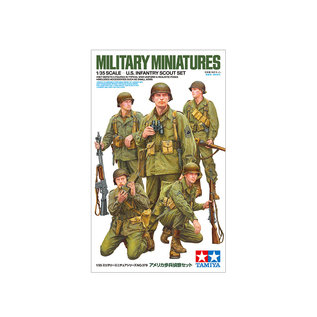 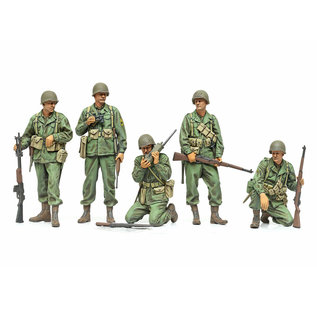 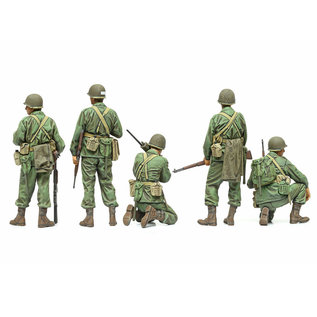 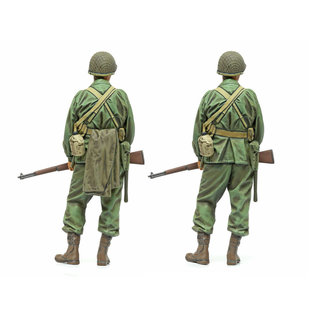 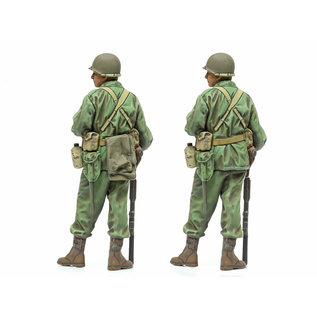 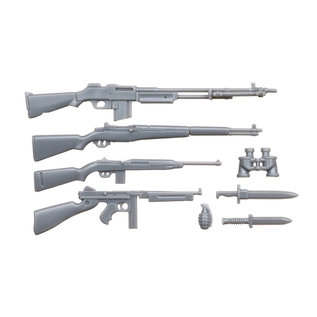 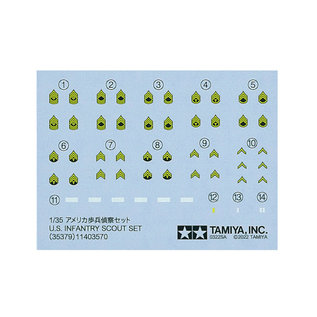 From the second half of 1944, the M1943 field jacket replaced the M1941, which had been used through most of the early U.S. involvement in WWII; simultaneously, double buckle boots were also introduced. A soldier would typically carry a canteen, ammunition pouch, scope, poncho and more, with the average infantry equipped with a firearm such as the M1 Garand, BAR M1918A2 or a M1A1 sub-machine gun. Officers wielded an M1 carbine. Scout teams would carry a handy talkie radio. This set recreats an infantry scout team of five, which will make a superb project by itself, and can of course be used in a diorama or vignette.