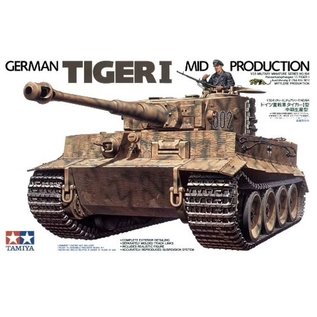 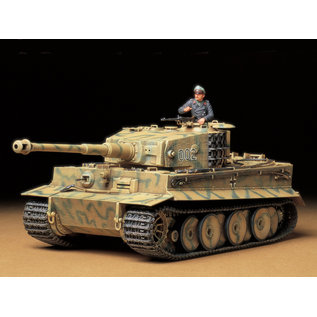 The German Tiger I Tank featured a powerful 88mm gun as well as an excellent armor and was the greatest opponent to Allied forces during WWII. This is a 1/35 scale plastic model of the mid-production variant of which 1,354 units were produced from July 1942 to August 1944. The distinct silhouette and features of the mid-production model including the mechanically-complicated suspension, detailed loader's hatch, and equipment such as a scoop have all been realistically reproduced. The model features link type assembly tracks to enhance scale realism.