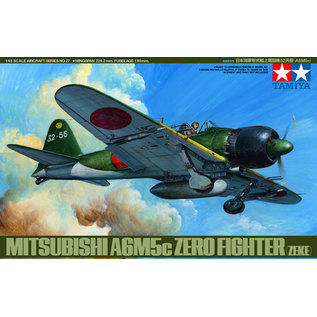 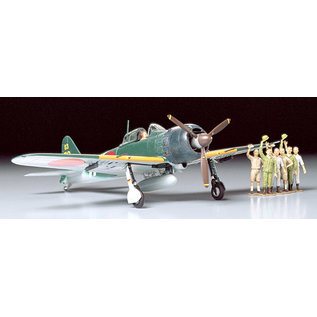 The Mitsubishi A6M Zero was used by the Japanese Navy throughout WWII, and this Model 52 Hei variant was an attempt to counter ever faster and more powerful U.S. aircraft. This kit reproduces the A6M5c in great detail, including its armament of five machine guns and cannon and wing racks for 30kg bombs and rockets. Canopy may be assembled in open or closed positions while the landing gear may also be depicted in deployed or retracted positions. Comes with seven figures and seven marking options.