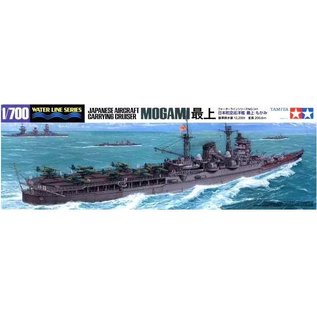 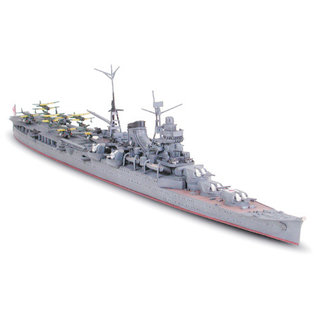 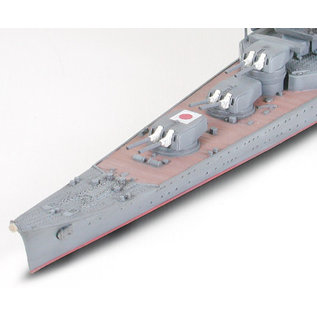 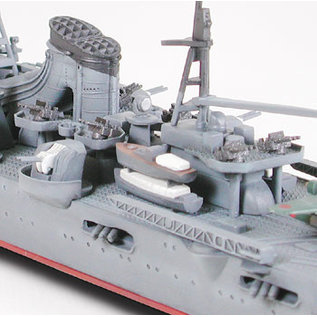 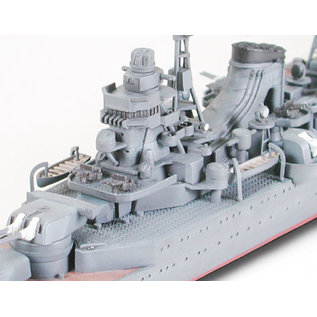 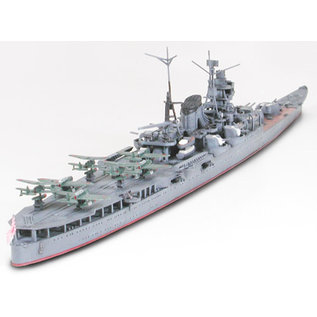 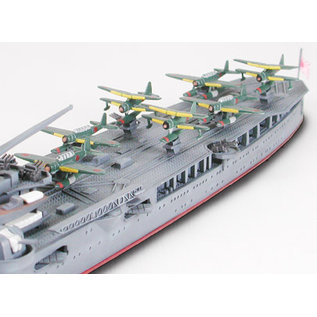 Tamiya presents the unique Japanese Navy Aircraft Carrying Cruiser Mogami, which was able to carry eleven hydroplanes in the second half of the Pacific war. She was equipped with 15.5cm cannons mounted on 5 dual gun turrets and was completed on July 1935 as the 1st ship of the "Mogami class" cruisers. The main guns were replaced during 1939/40 with dual 20cm gun turrets transforming these light cruisers into heavy cruisers. In the first half of the WWII, the Mogami took part in the Malay landing operation and the battle of Sunda Strait. However, during the battle of Midway in June 1942, the Mogami violently crushed into the port side of the Mikuma. During repairs, the rear part of the ship was equipped with a flight deck that could fit eleven planes and ten 25mm triple gun anti-aircraft batteries were added. The Mogami participated in the Battle of the Mariana in June 1944 and in October 1944, she fought against enemy fleet at night in the Battle of Leyte. After sustaining heavy fire from the US fleet, the Mogami erupted in flames, and the decision was made to abandon ship and scuttle it with torpedoes. The Mogami disappeared into the depths of the Mindanao Sea.