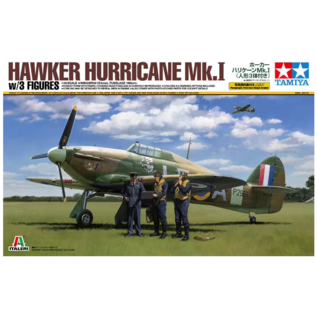 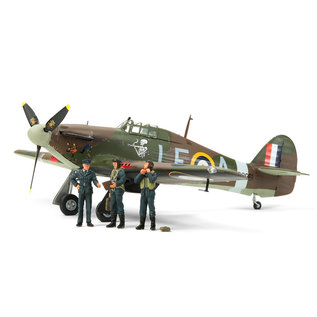 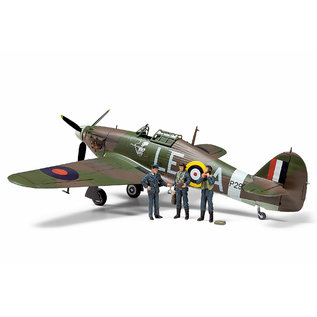 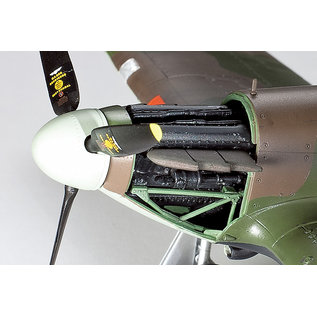 The Hawker Hurricane was developed during the 1930s as Britain's first low-wing monoplane fighter and is considered as one of the main RAF fighters of WWII together with the Supermarine Spitfire. Its characteristic fabric-covered rear fuselage was rugged and simple to produce, and the Mk.I variant entered service from late 1937. Although Hurricanes were outperformed by the Luftwaffe's Messerschmitt Bf109s, the RAF used successful tactics which saw Spitfires engage Bf109s while the Hurricanes went after the bombers. Besides the British, the Hurricane was also used by a number of other countries, including Finland. About 15,000 Hurricanes of all types were produced in total and they served with distinction until the end of the war.