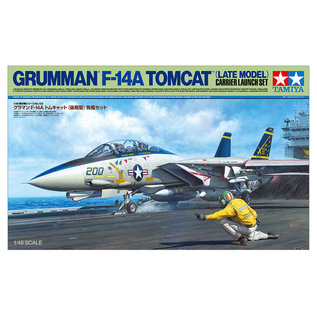 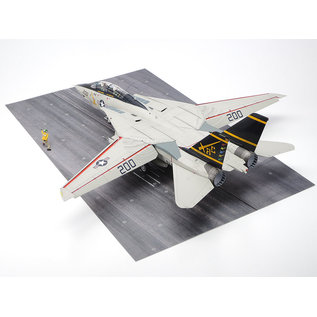 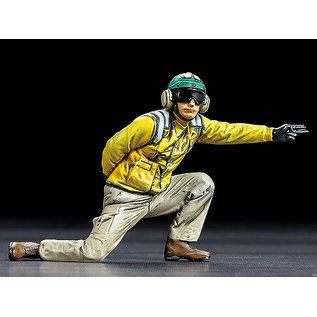 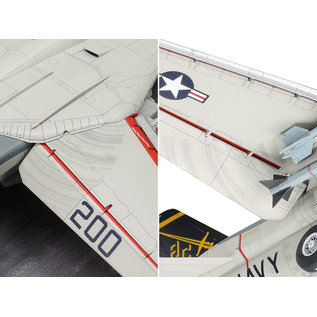 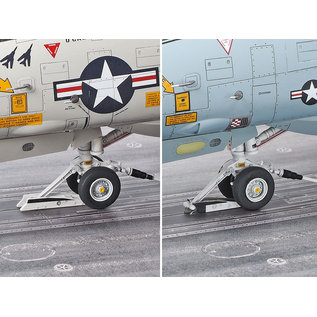 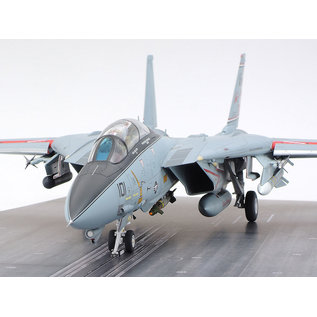 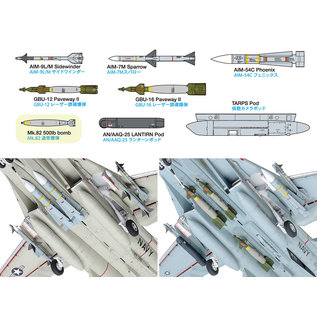 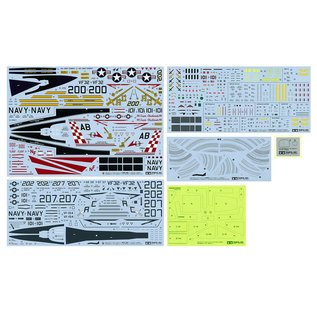 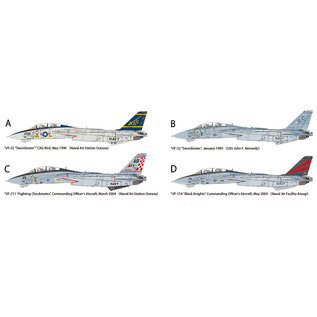 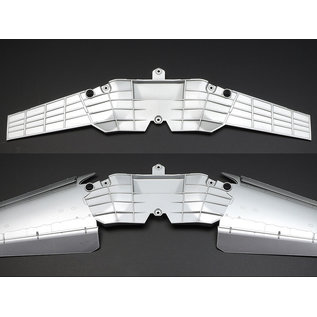 The F-14 Tomcat is a legend of the skies, which served between 1973 and 2006 and - with powerful radar and long-range missiles - was developed for carrier-based units. Its most prolifically produced variant was the F-14A, which itself was given a number of upgrades throughout its production; late F-14As (those produced from the late 1980s) featured a more reliable engine design, and notably, the AN/AXX-1 TCS camera pod, plus the AN/ALQ-126 ECM antenna ahead of the wing gloves. Some even had alterations to the fuselage allowing installation of the TARPS reconnaissance pod. From the early 1990s, the aircraft was capable of mounting bombs on its belly; in conjunction with the AN/AAQ-25 LANTIRN pod, these were laser-guided - the F-14A had evolved into a multi-role fighter. Carrier launches required a steam catapult, to which the aircraft would be harnessed with its nose lowered, variable sweep wing forward, and flaps and slats down. Numerous flight deck crew would be engaged in the launch, including a "Shooter," who gave the signal for take-off.