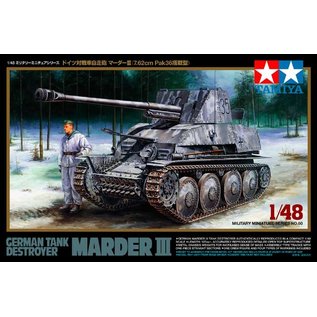 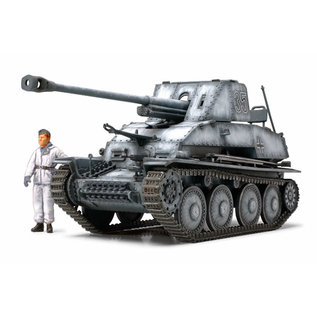 In June 1941, Germans invading Russia unexpectedly came across heavy armored and formidable foes in the T34 and KV-1 tanks. To counter these tanks, Germany's main force of the Pz.Kpfw. III and IV tanks were reinforced and along with new tanks were used in anti-tank roles. Built on the very reliable Czech 38(t) hull, the Marder III featured a captured Russian 7.62cm gun which could knock out tanks with 122mm thick armor at the range of 1000m. From April 1942 to the end of 1943, over 350 units were built and they were deployed with the anti-tank corps and showed their power at every front from North Africa to Russia.