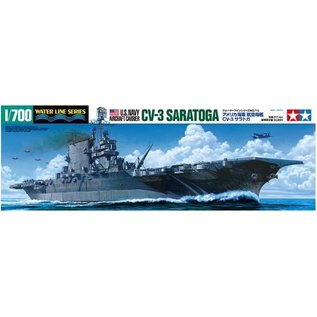 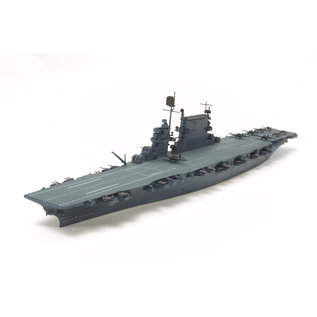 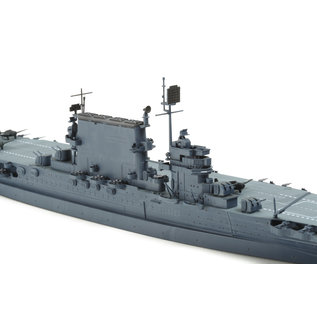 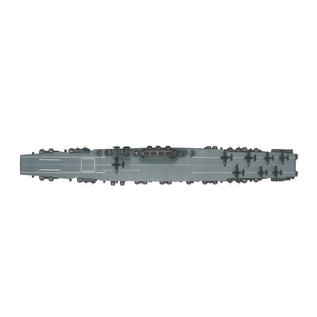 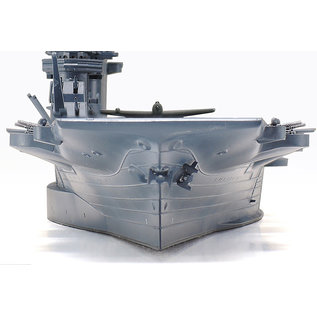 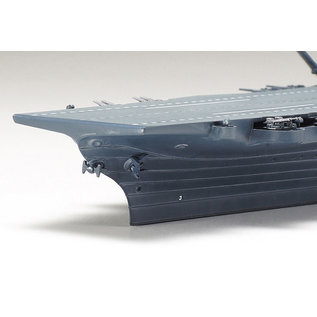 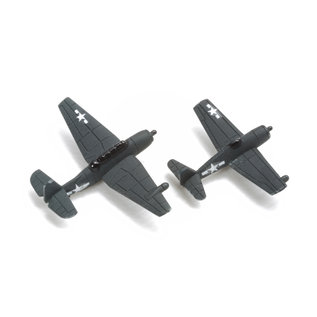 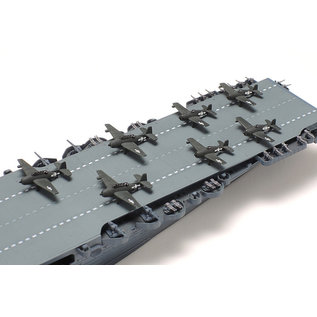 • This is a 1/700 scale plastic model assembly kit. Length: 396mm.
• This water line model depicts the part of the ship seen above the line of the water, enabling it to be displayed on a flat surface as though it were at sea. It captures the asymmetrical shape of the boat, which featured a bulge on the starboard side.
• The model accurately depicts the Saratoga as she appeared during the Battle of Iwo Jima in February 1945.
• Features a two-part hull, plus a one-part flight deck which stretches from the bow of the deck to the stern.
• Includes scale replicas of Hellcat and Avenger aircraft.