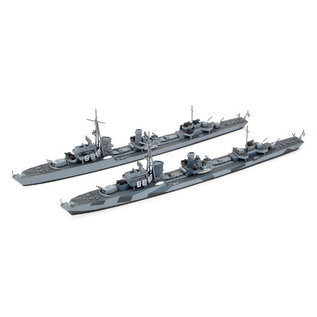 Germany's Z Class destroyers were built just prior to the start of WWII and saw combat against British destroyers at Narvik in northern Norway and as escorts for the battlecruiser Scharnhorst's last sortie. The Type 1936A ships had their 12.7cm guns replaced with 15cm guns, and the Z37-39 ships in particular were fitted with a twin turret at the bow. In 1944, a plan to increase anti-aircraft armament on the Z Class destroyers, code-named "Barbara," was put into action. These destroyers fought against the mighty Royal Navy until the end of the war.