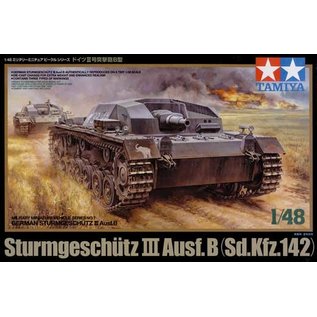 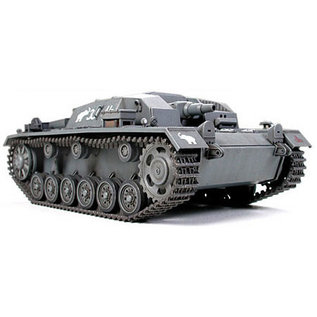 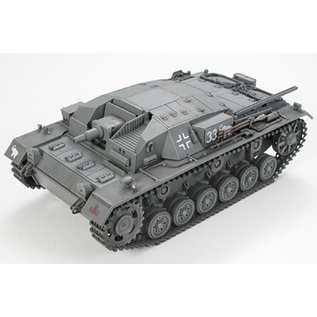 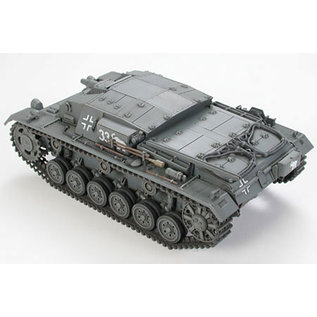 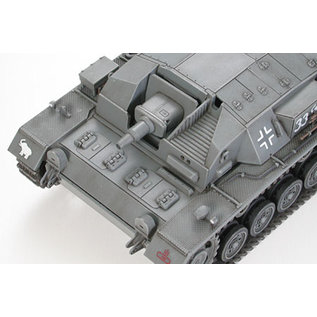 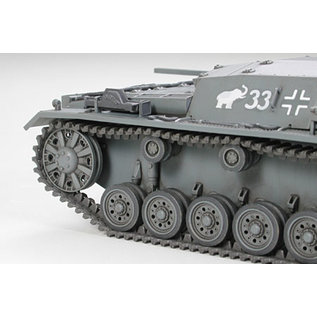 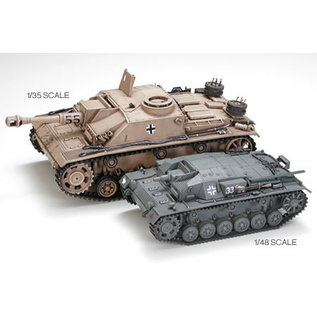 Germany's versatile StuG III was originally designed as an assault weapon, however also came to be used as a weapon of defense as the war progressed, providing both assault gun and anti-tank support. Based on the durable Pz.Kpfw. III chassis, the StuG III featured a monoblock structure with an L24 75mm short barreled gun mounted directly on the hull, eliminating the revolving turret and reducing overall height. The StuG III's design allowed the installation of a larger main gun, and led to greatly reduced production costs, making it one of Germany's most important armored vehicles of WWII. The Ausf. B was the first truly mass produced StuG III with over 250 produced from June 1940. The Ausf. B saw action during the Balkans campaign in April 1941 and Operation Barbarossa in June, 1941, and was widely respected for the reliable direct fire support it provided, and for its ability to face formidable Soviet tanks.