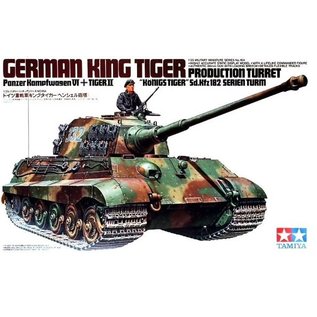 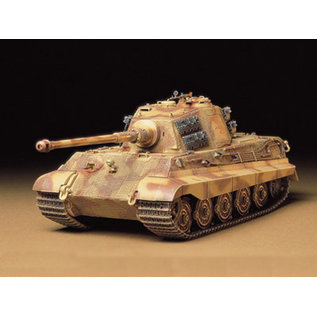 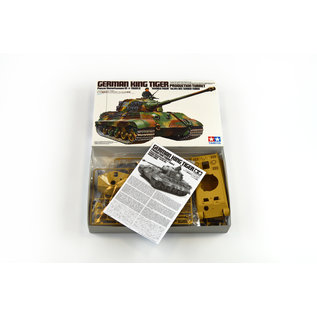 With 150mm of frontal armor and 80mm on its sides, the King Tiger was far from a welcome sight for hostile troops; this was rather exacerbated by the awe-inspiring L/71 88mm main gun. This plastic model captures the production turreted King Tiger in all its glory, with masterful depiction of the hull and its weld lines. The opening turret escape hatch allows admiration of the interior and gun breech, even after completion of the kit. Nylon mesh is included in the kit to recreate engine cover nets. Includes belt-type tracks and a realistic commander figure.