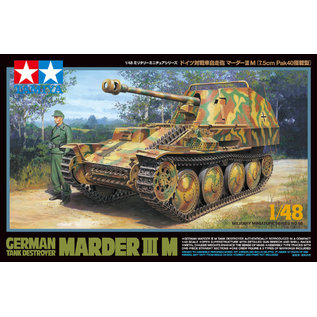 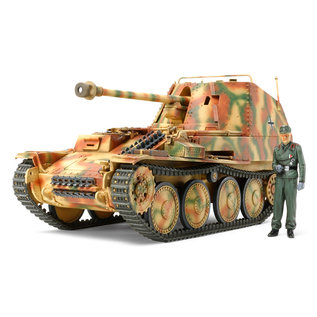 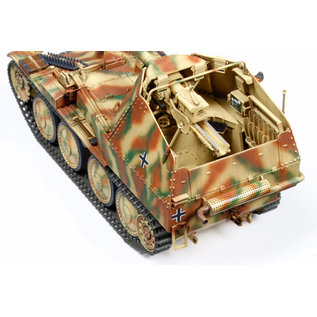 During WWII, the German Army produced and operated the Marder III series, which were built to combat Soviet T-34 tanks. The Marder III was equipped with obsolete Czech built 38(t) tank chassis and came initially armed with captured Soviet 7.62cm Pak36 anti-tank cannons. This cannon was later replaced with the German 7.5cm Pak40 gun for the Ausf.H and final variant, the Marder III M. The Marder III M was put into production in May 1943 and unlike earlier variants, the M's cabin was moved to the rear and the engine brought forward to the mid section. A total of 942 M's were produced until the introduction of the thoroughbred tank destroyer Hetzer which assumed much of the Marder's role.