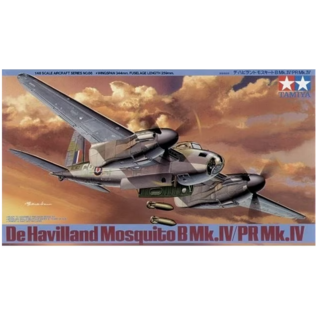 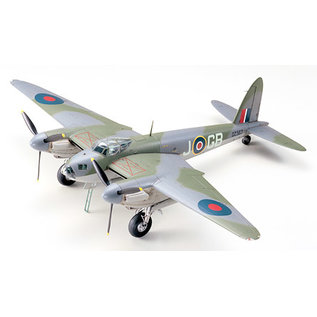 This kit may be assembled into either the B Mk.IV bomber version or the PR Mk.IV photo-reconnaissance version of the multi-role twin-engined de Havilland Mosquito. The distinctive characteristics of these versions, such as the clear nose, canopy bulges, and crew access hatch with ladder have all been accurately reproduced. Parts for the bomber version's 500lb bombs and the reconnaissance version's cameras are also included. To top it off, the kit comes with two pilot figures and three marking options, two for B Mk.IV and one for PR Mk.IV.