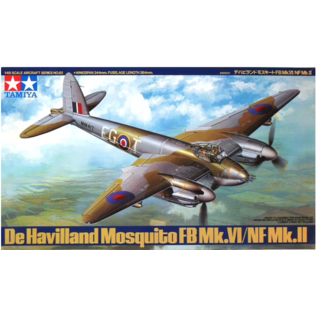 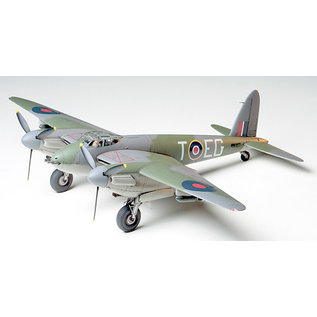 Nicknamed "The Wooden Wonder" due to its nearly all-wood construction, the de Havilland Mosquito was initially conceived as a fast, unarmed bomber and went on to serve in that and many other roles during WWII. This kit depicts the NF Mk.II nightfighter and FB Mk.VI fighter-bomber variants which were introduced in Spring 1942 and Spring 1943 respectively. Parts are included for the NF Mk.II's nose- and wing-mounted radar antenna as well as 500lb bombs and rockets for the FB Mk.VI. The bomb bay may be fitted with bombs and also features details for the fuel tank and 20mm cannon magazines. Two pilot figures and three marking options are included.