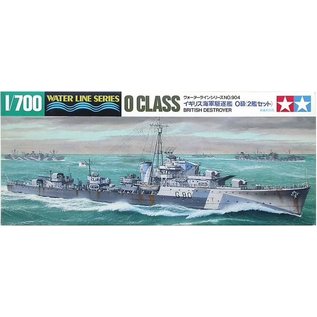 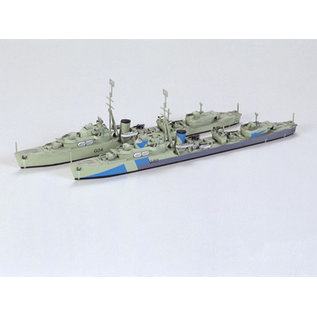 After the start of WWII, the Royal Navy built eight O Class destroyers as part of the War Emergency Program. These ships served in the North Sea and were active as convoy escorts. The models included in this set enable modellers to depict the ship armed with either 12cm guns or 10.2cm dual-purpose guns. Details such as the depth charge launchers and anchors are also sharply rendered. The set includes decals for all 8 ships as well as UK flags, and the ships would make for an interesting display next to the German Z Class destroyers.