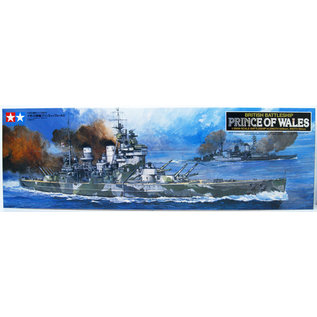 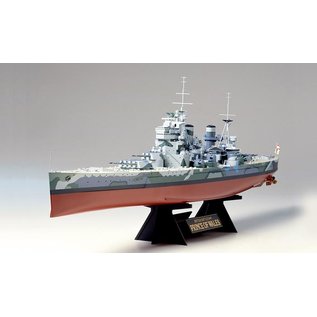 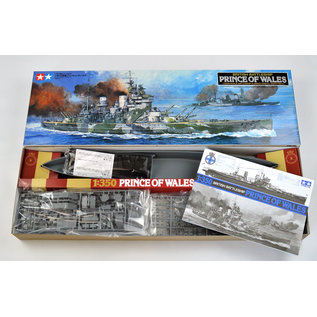 The HMS Prince of Wales took part in a number of important actions early in WWII such as the hunt for the German battleship Bismarck. She later had the misfortune to become one of the first capital ships to be sunk by airpower when she was sunk by Japanese bombers together with HMS Repulse. This assembly kit depicts the ship as she appeared during the fateful Battle of Malaya in December 1941. Differences from the HMS King George V, such as the bridge area and anti-aircraft armament, have been replicated. The kit also comes with parts to depict her Supermarine Walrus seaplane as well as Japanese G3M and G4M bombers (1 each). Comes with a display stand with name plate.