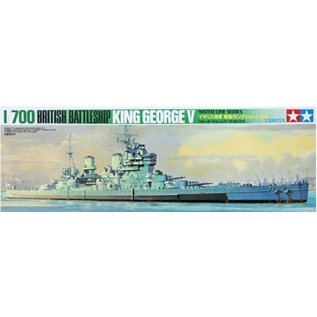 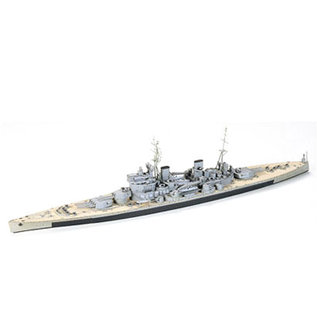 This is an assembly kit of the King George V, a 35,000 ton battleship completed in October 1940. She took part in the sinking of the German battleship Bismarck with the HMS Rodney in May 1941, and was active in the Pacific during the latter half of the war, including bombarding Japan's home islands. The model depicts the ship as she appeared during these operations against Japan, with additional radar and anti-aircraft armament. The funnel, bridge, and deck areas all feature realistic details.