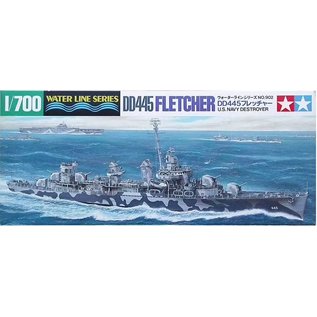 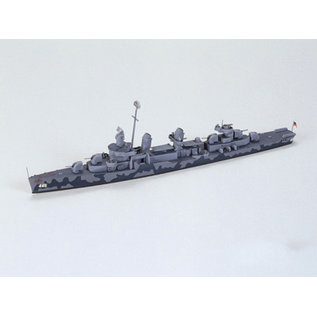 With an unprecendented 175 ships completed from 1942 to 1944, the U.S. Navy's Fletcher-class destroyers roamed throughout all of the world's oceans. This assembly kit reproduces USS Fletcher DD-445, which distinguished itself in such actions as the Naval Battle of Guadalcanal in the Pacific. Features such as the 5 single 12.7cm gun turrets, low bridge, and flat deck areas are all accurately recreated in model form. Finely detailed armament parts such as the quintuple 53.3cm torpedo launcher, twin 20mm cannons, and depth charge launchers give the model a high-level finish.