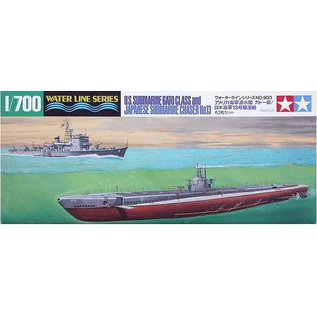 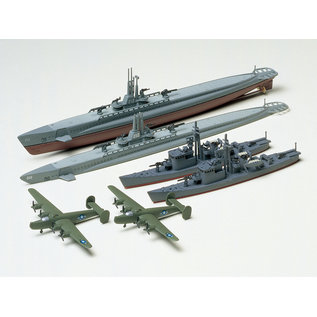 Over 200 of the mass-produced U.S. Navy Gato-class submarines were built from the start of WWII and they dealt a severe blow to Japan's merchant shipping. To combat them, the Japanese Navy developed the Submarine Chaser No.13. This set includes 2 of each type of ship. Modellers can choose to depict the submarine with various armament and in either waterline or full hull form. The Sub Chaser No.13 features detailed depth charge launchers, 80mm DP gun, and anti-aircraft guns. Furthermore, parts for two U.S. B-24 Liberator bombers, which were used in attacks against shipping, are also included.