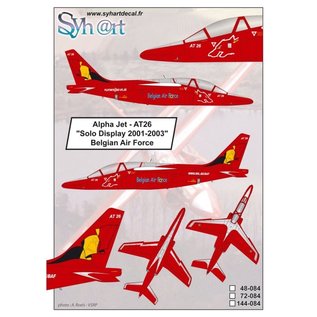 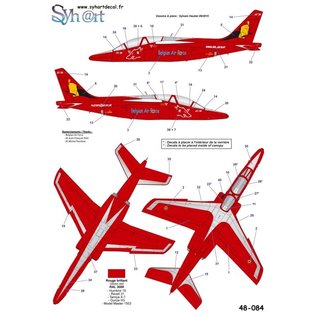 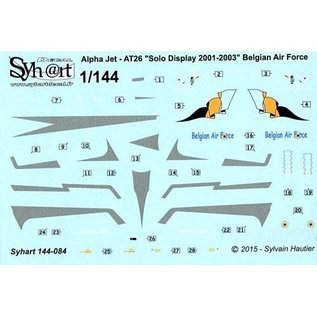 Durings 2000's the air display and specials schemes was so nine as the current ones. Cdt Meunier, callsigned "Meu-Meu or Meu²" flying in 7th Sqn based on Beauvechain AB in named demonstrator pilot on Alpha Jet for the seasons 2000 to 2002. He flown on the AT26 specially painted in red (colors of 7th Sqn) with the wolf head of 1st Wing on front, and the Belgian Flag on tail.

Cdt Meunier is one of only pilots to complete the "Pull-push" maneuver with a jet, this maneuver was completed later by Cdt "Grat" Thys, demontrastor on F-16 during 2012-2014 (Réf : Syhart 071), he called the maneuver "le pull-push de Meu-Meu".

The AT26 was the last Belgian "Demo" Alpha Jet, all the Alpha Jet finally left Beauvechain AB on 2005, to stay on Cazaux AB in France, forming the AJeTS (Advanced Jet Training School) training the Belgians, French and foreign pilots.