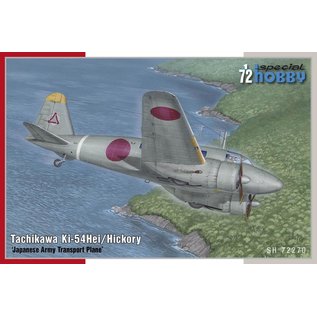 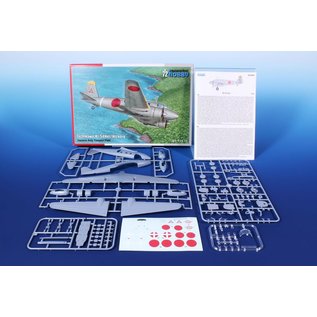 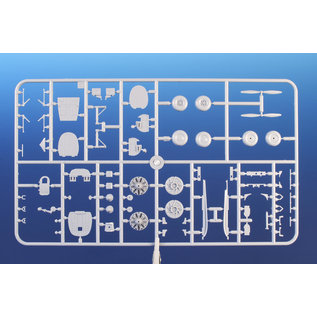 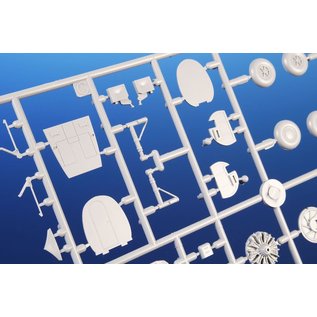 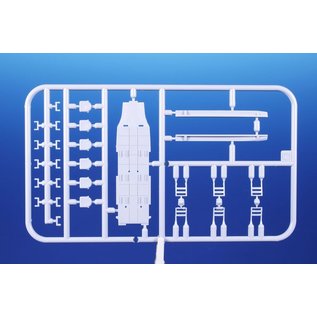 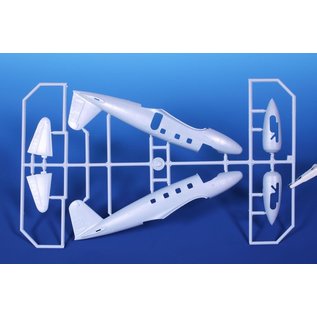 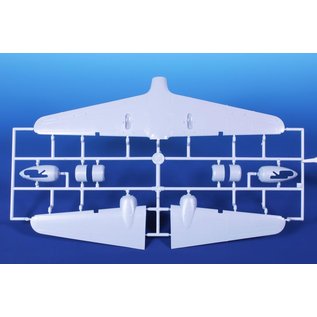 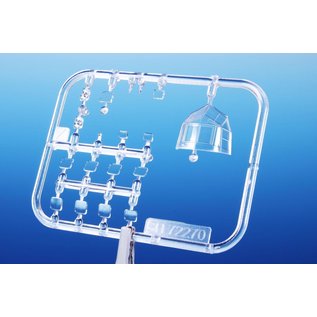 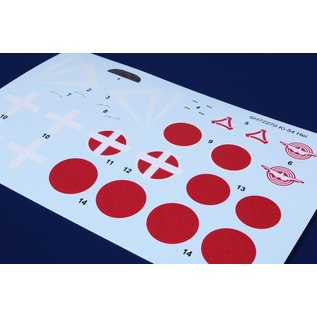 The Ki-54 Hickory was a WW2 Japanese twin engine aeroplane which was manufactured in four main versions used for pilots training, wireless operators and navigators training, aerial gunnery training and finaly the version used for both transport and anti-submarine patrols. The kit comes on four styrene sprues and one with clear parts.

The first incarnation of our kit is the transport variety and brings three Japanese airframes, one of which in two guises. Among the schemes you will also find the Ki-54 Hei / Hickory no.5541 which had to make an emergency landing on the Towada lake on 27 September 1943. The plane was found and fished out of the lake on 5 September 2012 and was put on display at the Misawa museum. An airframe which can boast with its interesting past is the 10.Dokiuritsu Hikodan Shireibu machine which was used to fly the Lieutenant General Masao Baba capitulation delegation to Borneo. For this particular option, the decal sheet has the green capitulation crosses as well.