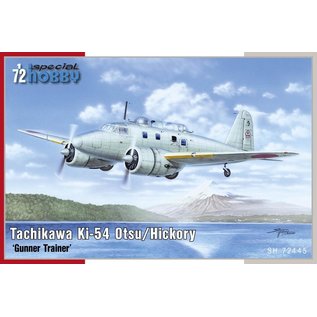 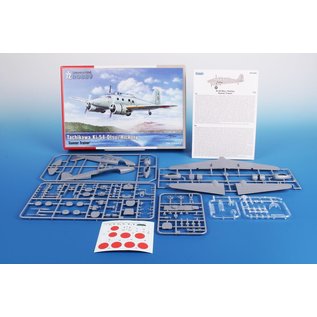 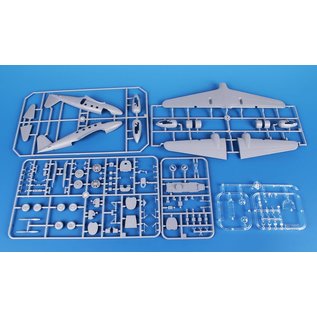 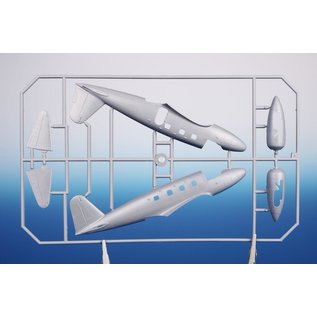 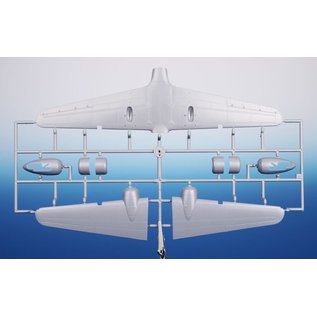 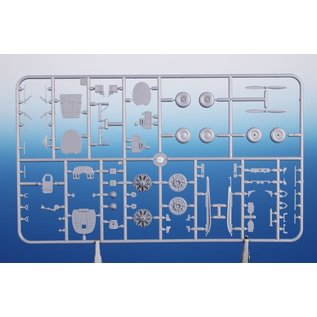 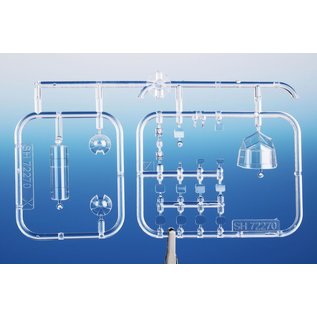 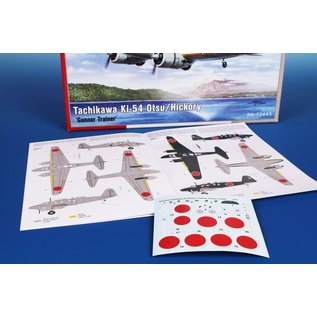 The Ki-54 Hickory was a WW2 Japanese twin engine aeroplane which was manufactured in four main versions used for pilots training, wireless operators and navigators training, aerial gunnery training and finaly the version used for both transport and anti-submarine patrols. This kit featuring the aerial gunnery training variety comes on four styrene sprues and one with clear parts. The decal sheet brings markings for three Japanese military-flown machines, two of which were operated over mainland Japan (one grey overall, the other one with irregular field-applied patches of green over grey) while the last option was seen flying in Java, bearing green over grey. All three options had unit badges on their tails.