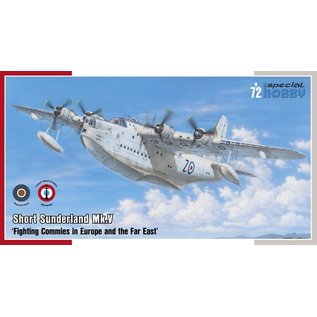 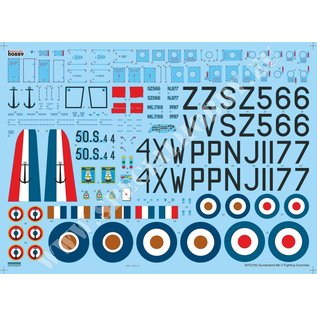 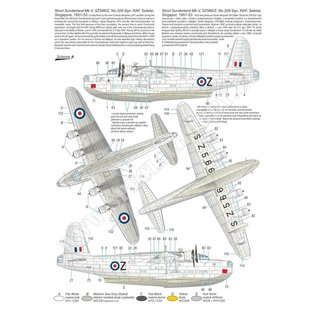 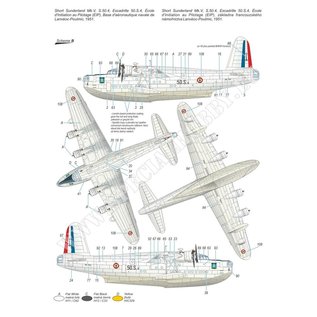 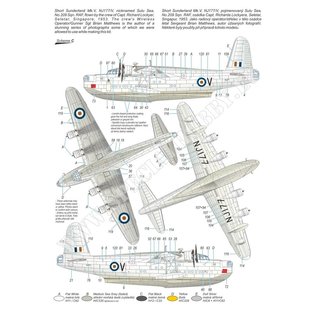 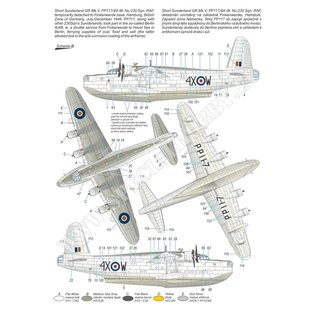 The kit consists of as many as eleven styrene sprues, one clear, one small resin cast item and a fret of photo etches. Full colour instruction booklet and huge decal sheet caters for four marking schemes.

- almost A4-sized decal sheet which includes also complete stencilling for both the exterior and interior, flawlessly printed by Cartograf

- marking schemes for three RAF schemes and one machine operated by the French Aéronavale.

(Two of the British machines flew in the Far East in the support of anti-communist insurgent missions in Malaya and Korea, one machine took part in the British airlift during the Berlin blockade and the French machine was based at Lanvéoc-Poulmic Naval Base in 1951).