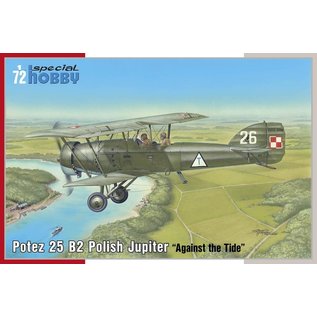 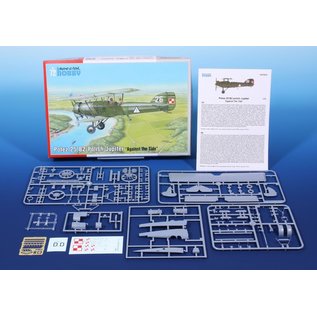 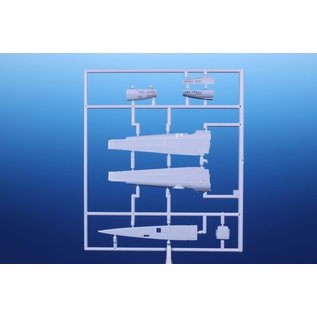 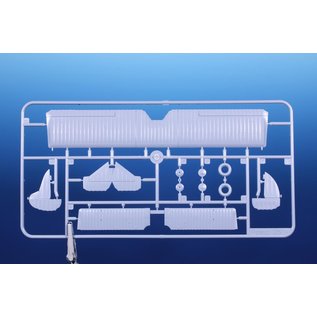 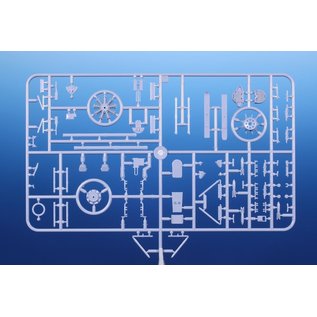 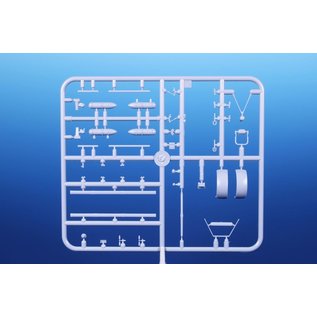 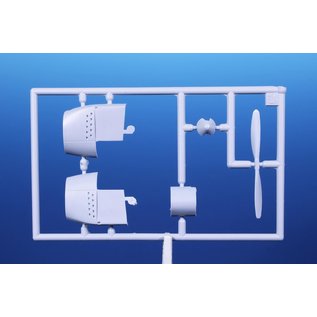 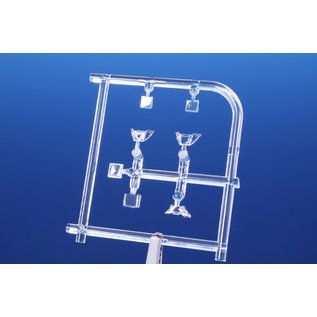 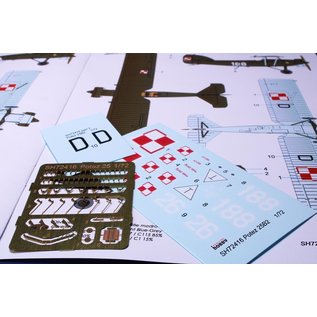 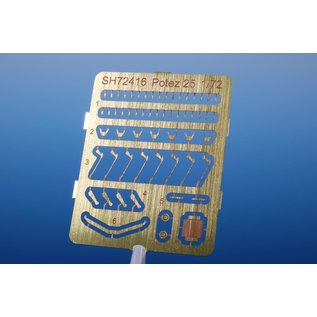 The Potez 25, produced in a wide variety of versions, fitted with several types of power plants, was one of the most widely used aeroplanes of the 1920s. The type was both exported abroad and built under licence. It could be seen flying almost world-wide, over Europe, Asia, to Africa or South America. The Potez 25 took part in many conflicts including the Second World War. One of the countries which bought the licence rights was also Poland. Along with the in-line Lorraine engine version, the Poles also were also manufacturing a Jupiter radial engine version with a NACA style cowling. These airframes saw service with the Polish Air Force well until  the outbreak of the war on 1 September 1939, when the majority of these aeroplanes were either destroyed in the air by the German Luftwaffe or fell into German hands on the ground, in most cases damaged during air raids

The kit contains four styrene sprues, a single clear sprue and a fret of photo etches. The decal sheet offers markings for three Polish machines, all of which were damaged during the September 1939 invasion and fell into the enemy’s hands.