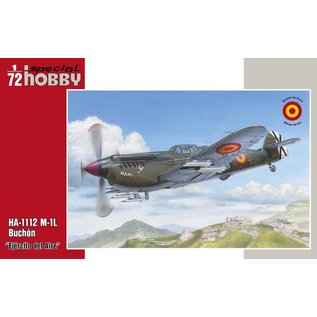 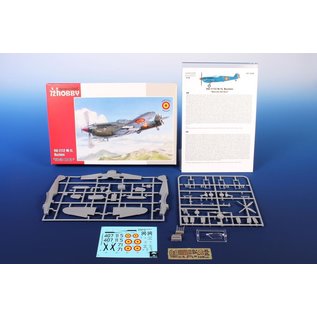 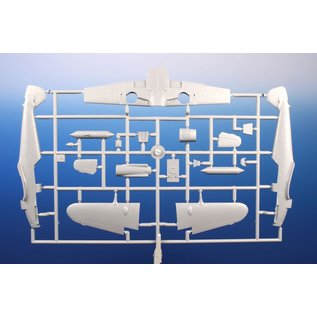 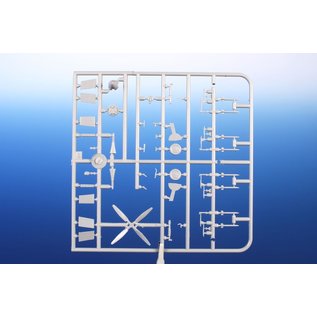 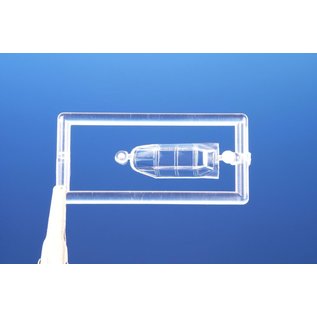 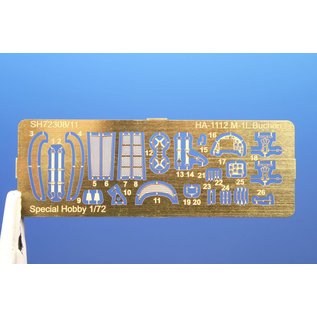 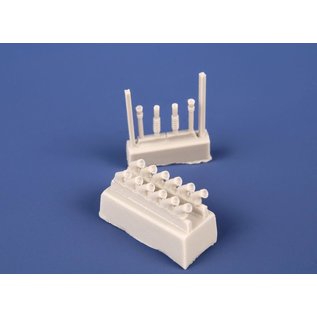 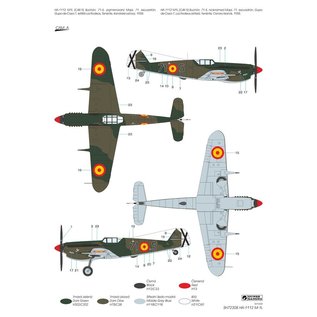 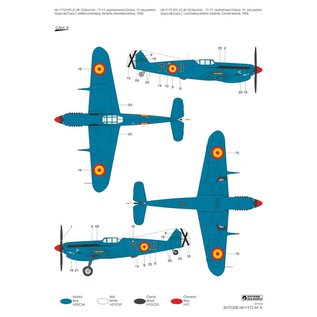 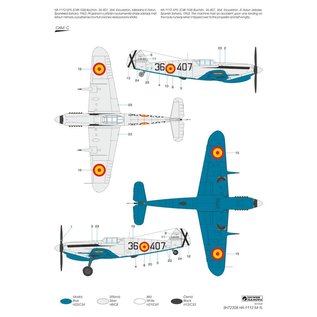 Although Spanish dictator Franco owed to the Italian fascists and German Nazis for the successful coup, he did not let them to pull him into World War 2. This fact did not prevent him, however, from purchasing weapons or their production license rights from Hitler’s Germany. The license for the Bf 109F/G fighter was purchased in this manner. The airframe production was trouble free in Spain but the engines should have been delivered by Germany. Eventually this never happened so the Spanish have to help themselves. Initially, they tested domestic HS-12Z engine but it was no earlier than in 1949 that a small series of HA-1109 K-1L/C-4J was produced. Meanwhile the airframes had been awaiting the power plant installation already since 1944! In 1953, Great Britain lifted the embargo so it was possible to purchase British Merlin 500/45 engines. Eventually, these engines were installed into modified Messerschmitt airframes. Between 1955-56, the Spanish Air Force received 171 machines of the new HA-1112 M-1L/C-4K Buchón (Pigeon) version. Of course these aircraft could not have been used as fighters, their primary role were the ground attacks. For these missions the aircraft were equipped not only with cannon armament but also with rockets. The latter were used against the insurgents in Spanish Morocco in 1958-60. During the mid 1960s the Buchóns were transferred to training and reserve units. But their finest hour was yet to come. About 15 Buchóns together with Spanish license-built He 111 (CASA 2.111) were used for the filming purposes during the shooting of Battle of Britain film in 1968. To resemble the Bf 109 the film Buchóns were modified by addition of the squared wing tips, mock up weapons and tail plane struts. Of interest might be the fact that during the filming the Buchóns were used not only as German aircraft but also to expand the Hurricane force as they flew in the formation in the background. Several Buchóns survived the filming and participated in other films, too. Some of them still fly nowadays as warbirds.

The kit of the Spanish ground attack version of the Buchón contains two frames with grey styrene parts, a part of which, including the rockets and their racks are injected from a metal mould that was completely designed in 3D CAD, there is also a frame with clear parts, highly detailed resin cast cannon parts, exhaust stacks and photo-etched parts. The Buchóns in Spain served in two camouflage scheme standards. Initially it was the overall blue coat that was later replaced by aluminium dope on the upper surfaces and light blue coat on the lower surfaces. The decal sheet offers markings for three machines; two of them feature the standard camouflage scheme while the last one carries non standard field applied camouflage. The overall blue and the non-standard machine sport nicknames on their noses and also unit badges.