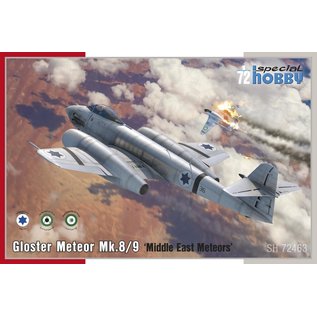 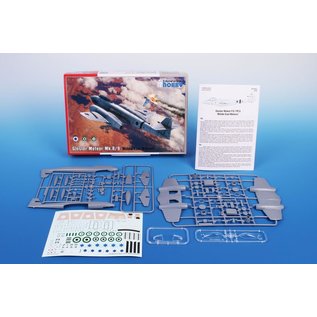 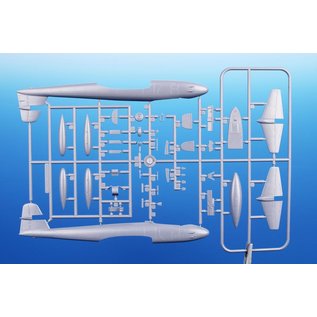 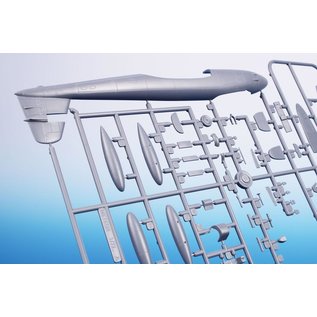 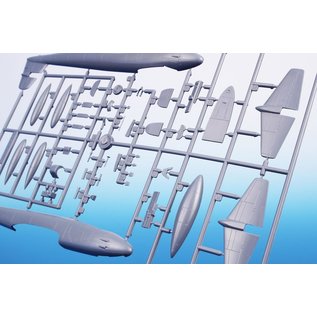 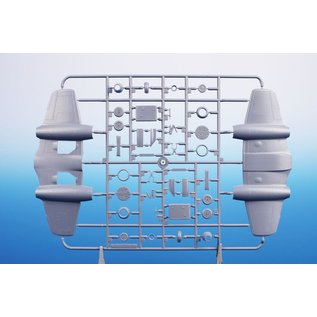 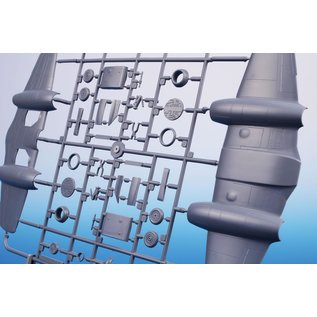 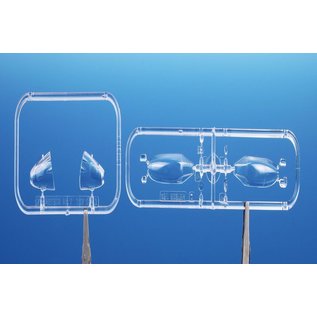 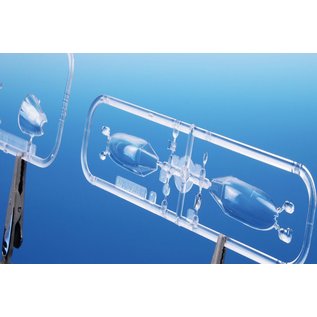 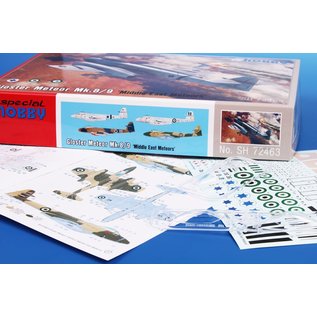 The Gloster Meteor was one of the world’s very first jet fighters. The first two versions of the Meteor were introduced into service with the RAF in time to see the deployment int he final stages of the war. The development of the type went on after the war, with the first post war version being the Mk.4. Next, more advanced F.8 fighter and FR.9 fighter-reconnaissance types were both operated by the RAF and exported to overseas forces. Besides several European air forces, these types also flew in Australia as well as with a couple of Middle Eastern countries, which as it happened were actually in war with each other. The Meteors became the first jets of the Israeli air force, but they were also pressed into service alongside Vampire jets in Egypt and Syria.

It was one of the fighter-recce FR.9s which claimed the very first ‘jet kills’ of the IAF. And this very machine is in the kit’s marking options, it is also depicted in the boxart. The kit also offer a camouflaged Israeli F.8 type, a Syrian one which also wore camouflage colours and the final option is an Egyptian F.8 with the green-white royal air force roundels