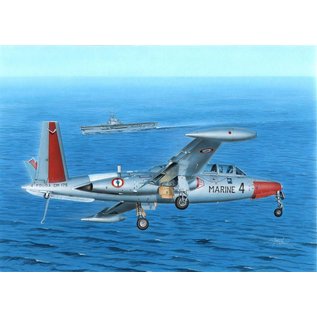 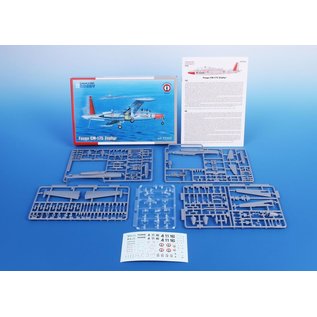 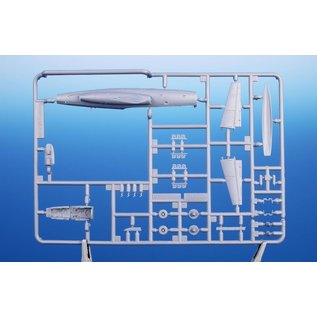 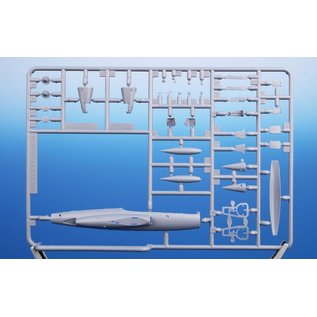 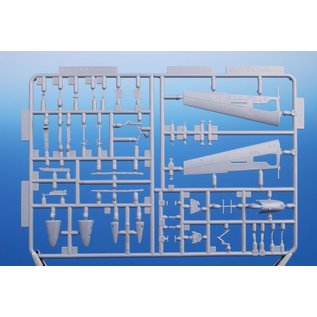 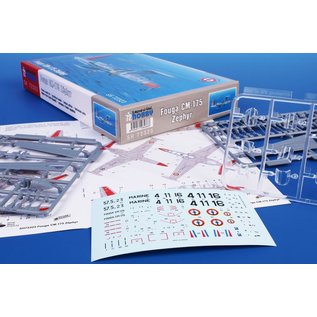 The Fouga Magister is among the most widely used jet trainer aeroplanes in the world. Its navalized variety, however, was operated solely by the French naval aviation, the Aeronavale. The machine, renamed the Zephyr, sported reinforced construction, special equipment for over seas operations, a different nose section and rearwards opening canopies of the crew. The Zephyr served, both from land bases and carrier decks, for long three and a half decades.
Our model, in the box with a superb painting depicting a Zephyr just before landing on a carrier, comes on four grey styrene sprues and one with clear parts. The decals cater for one machine in its early Aeronavale scheme and three later ones.