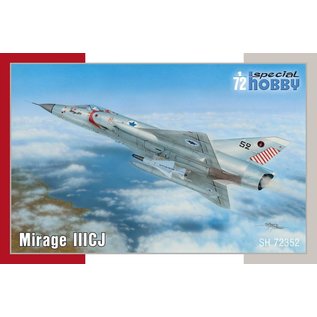 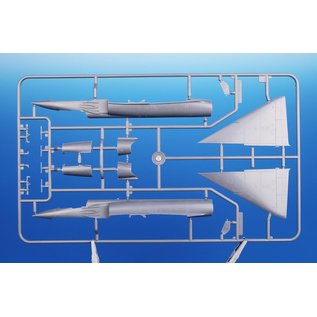 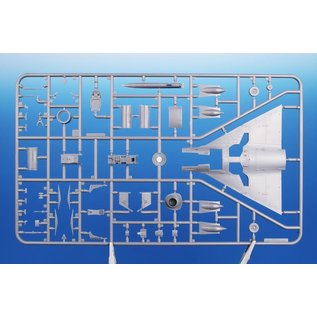 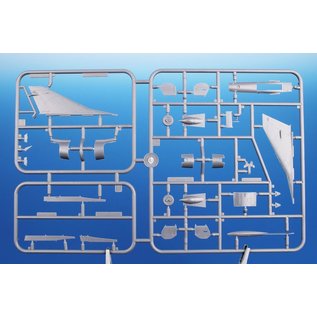 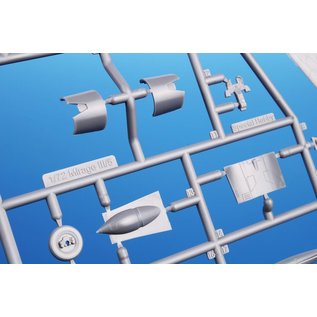 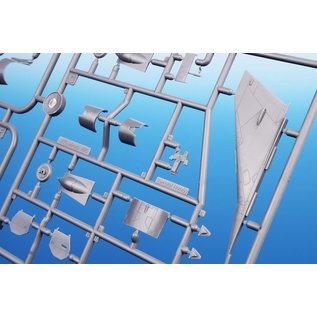 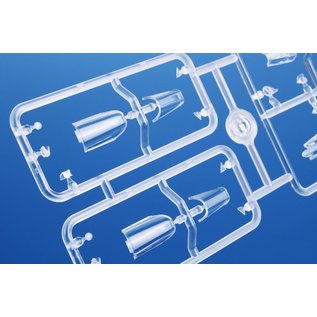 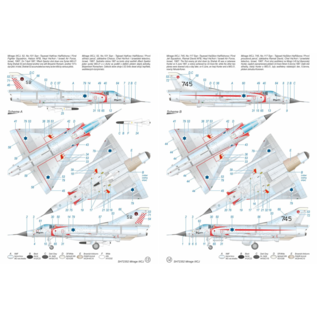 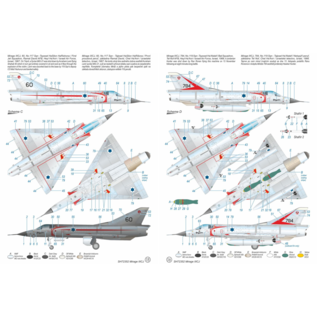 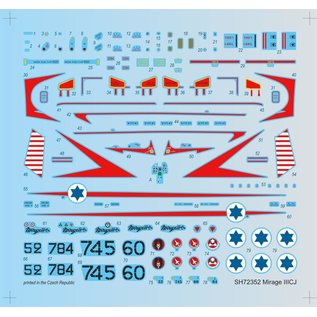 The Mirage IIICJ became the symbol of the Israeli air superiority during the wars with the neighbouring Arab countries. The Mach Two, high performance, delta wing fighter aeroplanes were produced by French Dassault, but the Israeli CJ version differed from the airframes built for the French military by not being fitted with the rocket booster motor. The Israeli Mirages took part in the War over Water, Six Day War, Attrition War and the Yom Kippur War as well as several more minor clashes. In its air superiority role, the Mirage did very well indeed, and many of their pilots quickly became aces.

As many as seven styrene sprues plus one with clear parts in the kit are joined by a decal sheet with markings for four IAF machines with the earlier powerplant, the Atar 9B jet engine.