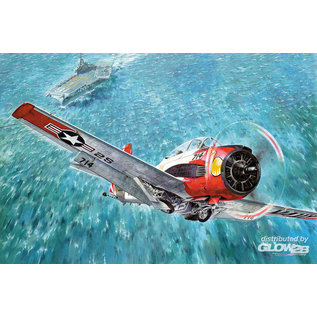 North American T-28C Trojan - American deck training aircraft developed in 1955 based on the Air Force T-28B version. Its main difference was a reinforced fuselage structure and addition of equipment for carrier take-off and landing. The plane was widely used by the U.S. Navy for the training of its future pilots of carrier based aircraft. In the early 1960's some T-28C were transferred to the South Vietnam Air Force. In total 226 planes were made of this version.