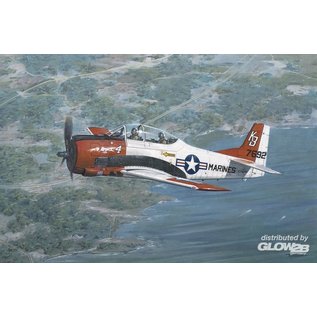 North American T-28 Trojan - American training airplane built in 1947 to replace the outdated T-6 Texan. Initially it was produced with an 800 hp engine, and in 1953 it was superseded by the improved T-28B version with a 1,425 hp engine. It was produced under license in France as the T-28S Fennec. Apart from the USA and France, airplanes of this type were used by the Air Forces of many countries, such as Japan, Morocco, Ecuador, Nicaragua, Thailand, South Vietnam, Argentina and Uruguay.