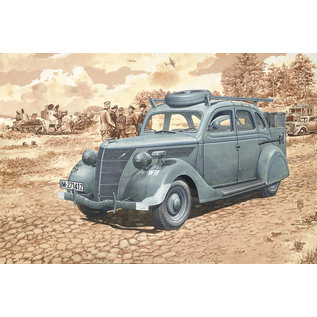 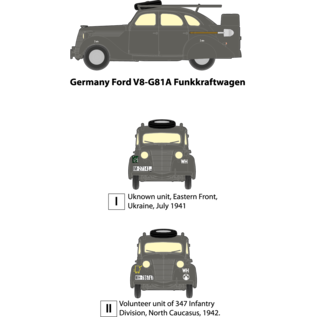 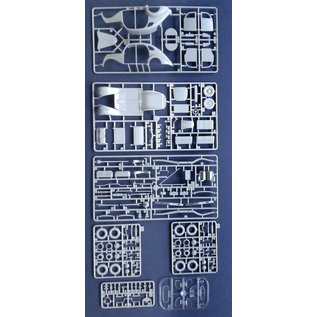 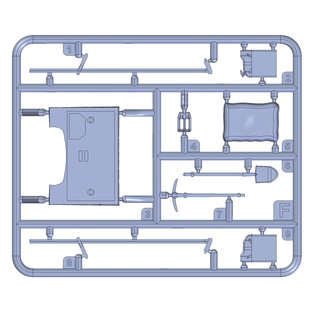 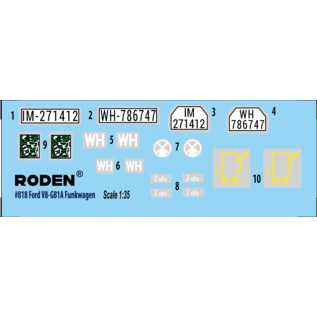 In 1928, the American automobile corporation Ford began its expansion into the European market, and one of their most promising partners was Germany, which at that time had already largely overcome the economic decline caused by the consequences of the First World War.The economy of the Weimar Republic was growing at a steady pace, and there was a demand in Germany, the birthplace of the automobile, for a significant number of private cars.

As early as 1930, mass production of Ford passenger cars began at the Cologne plant. In general, they were very similar to their American counterparts, differing only in various exterior details. One of the most popular was the Ford Eifel 20C, more than 60,000 of which were produced from 1935 to 1939. In 1937, a new model came off the assembly line, the G78A, and a year later the G81A. This had a more powerful 8-cylinder engine, improved bodywork and chassis.

After Adolf Hitler came to power, cooperation between the new government and Western investors in general not only did not stop, but even increased, including in the automobile industry. The gradual restoration of the army, which Germany was denied according to the terms of the Treaty of Versailles, required a significant increase in equipment, including passenger cars, and after the beginning of the Second World War, almost all private cars were requisitioned for the needs of the military. At the same time, factories received new, even larger orders to increase the number of vehicles in the army.

The Ford G81A, like many other types of passenger car, was extensively used by army units. Some parts of the Wehrmacht used these cars, as well as the Luftwaffe, police units and others, mainly as a staff car. A small number of Ford G81As were converted so as to be fitted with field radios and used by communications and radio reconnaissance units. The rear part of the car body was rebuilt in order to accommodate the substantial volume of the specialized radio equipment. Cable reels and additional handrails were also installed. Despite the relatively small number of such radio vehicles, their operation continued almost until the end of the Second World War, both on the Eastern and Western fronts.