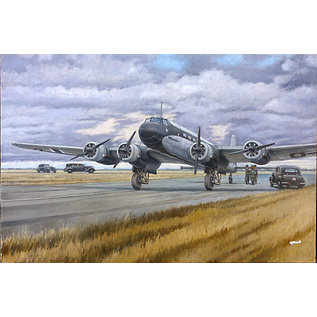 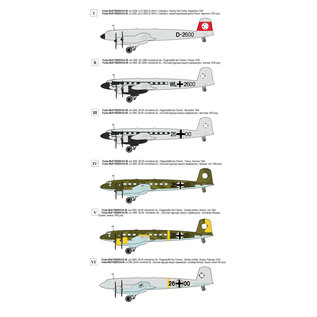 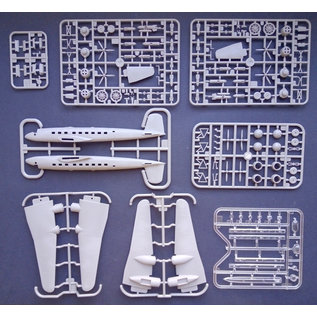 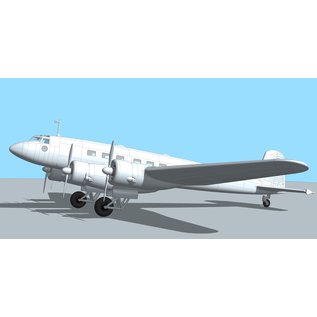 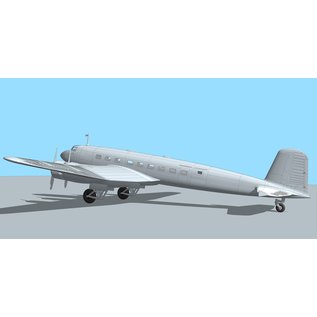 In the mid-1920s, two former German military pilots, Heinrich Focke and Georg Wolf, set up an aircraft company in Bremen, the main purpose of which was to build passenger planes, as at that time Germany was prohibited from having not only armed forces but also military aircraft. In the mid-1920s and early 1930s, the company managed to build several successful types of aircraft, but with the coming to power of the National Socialists began a gradual departure from the conditions of Versailles with the tacit agreement of the former victorious states.
In the mid-1930s, a real boom in passenger air traffic began, and the leading German airline, Lufthansa, certainly did not want to lose its position in this area. In 1935, a 4-engine passenger aircraft project was commissioned that could carry at least 25 long-distance passengers. The winner was Focke-Wulf with its FW-200 project, developed by Chief Engineer Kurt Tank.
In 1937, the first prototype was built, which due to the incomplete readiness of the new BMW132G engines received a temporary American Pratt & Whittney Hornet. The first flight of the new aircraft, which was named Condor, not least because of its size, took place on the 6 of September of the same year. According to the results of tests, a number of significant changes were made to the design, and the second car, which also received its own name Westfalen, began regular flights as part of the Lufthansa fleet in the summer of 1938.
This modification with its own index FW200A-0 soon added Lufthansa fleet with the following cars Saarland, Nordmark, Friesland, Holstein, Pommern, Kurmark. Another FW200A-0 that was being prepared for transfer to Lufthansa was an Ostmark aircraft, but its fate turned out to be much more interesting than that of its relatives.
Initially, this machine was transferred to the RLM research center in Rehlin for research. However, as the war quickly approached, Germany’s military leadership was already planning to seize large areas outside its own country, so a special air detachment was created at the direct initiative of Luftwaffe leader Hermann Goering exclusively for the needs of the Reich’s top leaders
The FW200A-0, which was located in Rehlin, was converted into a VIP car with a luxury cabin, reinforced armor and an emergency evacuation system in the event of a possible air disaster with distinguished passengers on board. The plane was soon inaugurated by the leader of Nazi Germany, Adolf Hitler, who proposed (traditionally with the previous boards he used as German chancellor) to give it his own name, Immelmann III, in honor of the famous First World War air ace Max Immelmann. This machine has been used by the German Fuhrer since 1939 as part of a special aviation unit for senior management.
With the beginning of the Eastern campaign, this FW200A-0 was repeatedly used by Adolf Hitler for flights to the German-occupied territory of the USSR. With the arrangement of the «Wolf’s Lair» pond near Vinnytsia, flights from Germany to this region of Ukraine took place quite often, the last such «visit» took place in early 1943. After the turn of the war and the gradual collapse of various voyages of the German leader Immelmann III almost ceased to be used and was stored at a military airfield near Berlin, while being fully prepared for departure every day. It was destroyed in the summer of 1944 directly at the airport during an Allied air raid on Berlin.