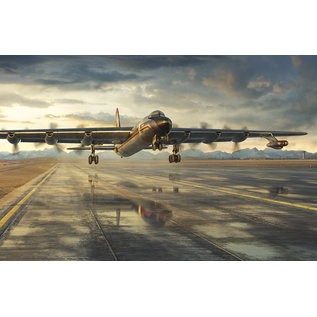 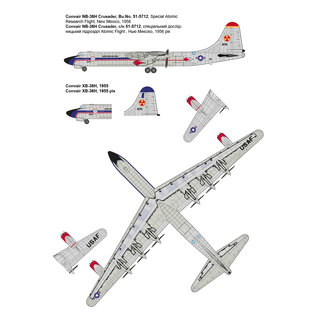 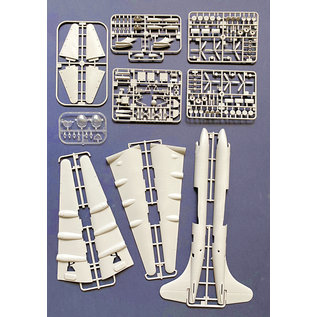 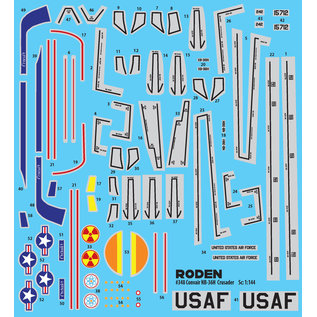 In the early 1950s, a few years after the first successful use of nuclear weapons, there was real euphoria among the American scientific community. It was believed that in the near future, nuclear energy would displace all other ‘traditional’ types of energy source not only in the military sphere but also in everyday life. Along with the development of the first power plants to run on nuclear fuel, it was proposed to use nuclear power plants for ships and even aircraft. In the latter case, it might allow an aircraft to stay in the air for a very long time, as there would be no need to constantly refuel it. Amid the rapid changes and sudden challenges of the Cold War, the idea of creating a strategic bomber that could safely patrol enemy borders for days or even weeks was considered very attractive.

In early 1951, the US military called on Convair and General Electric to create an aircraft that would have both conventional engines (for take off and landing) and a nuclear power plant for long stays in the air. General Electric proposed an open-type power plant in which air from the compressor was transferred directly to the nuclear reactor and then returned preheated to the engine turbine. The advantage of this concept was its relative economy and fast development time, but its glaring disadvantage was the exhausting of radioactive particles into the air. Leading physicists strongly opposed such a development, but the military’s interest in such an aircraft outweighed their arguments. Convair proposed the X-6 design concept, which would be based on the existing B-58 Hustler, and assured the military that a prototype could be built as early as 1954.

Another not insignificant problem of the new project was the weight of the nuclear installation. The most compact reactor, in all calculations, could not weigh less than 18 tons, and about half of this weight again had to be provided to protect the crew from the reactor’s radiation during its operation in the air. Before building a new aircraft, it was decided to build a research reactor and install it on one of the few bombers capable of lifting such an enormous weight - the B-36, the world’s largest combat aircraft at the time.

Airframe Number 15712 was selected for testing; it was waiting to be repaired after the damage caused by a powerful typhoon in 1952 near Carswell Air Force Base. In order to install special lead shielding around the aircraft cockpit, the nose of the fuselage was rebuilt, and in the tail section, near the installation site of the nuclear reactor capsule, air intakes were added to cool the assembly. The aircraft’s armament was also completely dismantled, and a telemetry system was used to monitor the reactor in the air.

In the event, the reactor weighed 16 tons, it operated on fast neutrons and developed a capacity of 1 MW. Another 12 tons constituted the weight of the crew compartment. The rebuilt aircraft was designated the NB-36H Crusader and first took to the air on September 17, 1955. The test program was conducted exclusively over the desert in Texas and New Mexico, as the main unanswered question remained the problem of nuclear contamination of large areas in the event of disaster.

All of its flights were accompanied by two other aircraft - a B-29 bomber for visual surveillance of the NB-36, and a transport C-97 with a Marine unit on board, which, in the event of a crash, had to immediately land and set up an exclusion zone. In total, the NB-36 made 47 research sorties in the next two years, but as time went on the idea of an aircraft with unlimited endurance lost its favor even among its most fervent enthusiasts in the military leadership.

The inability to completely rule out the possibility of a plane crashing with a nuclear reactor nullified all its potential benefits. It was decided to close the X-6 project permanently due to its lack of prospects. At the end of 1957, the NB-36’s power plant was finally dismantled and sent for deactivation, and the aircraft itself was decommissioned. A similar project in the USSR, planned to install a nuclear reactor in a Tu-95, was also halted, as it turned out. The era of nuclear aviation was over, just when it had barely begun.