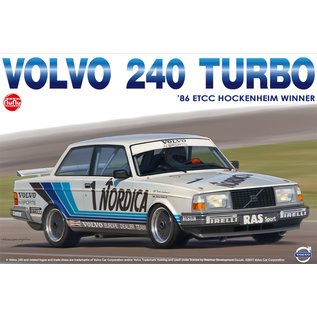 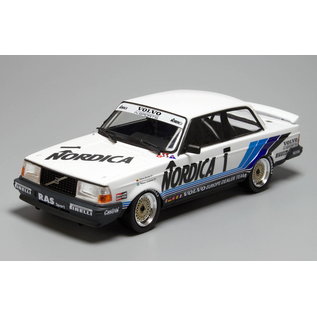 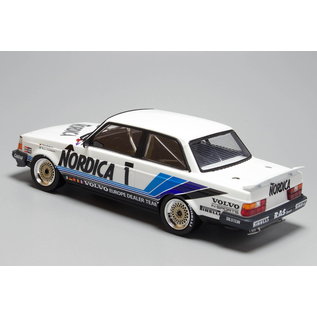 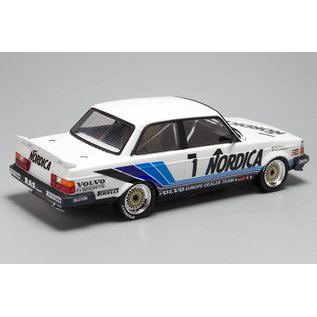 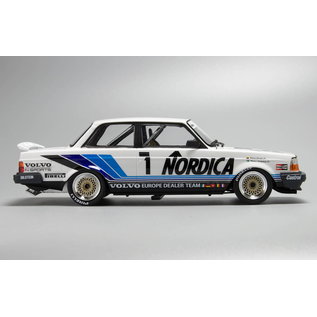 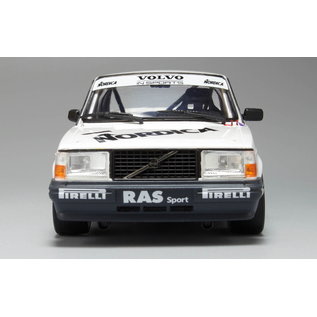 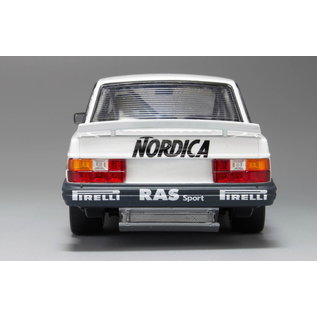 This is a 1/24 scale unpainted assembly plastic model kit that reproduces the Volvo Turbo Group A spec which won the championship in the 1986 ETCC at Hockenheim.

• Paint and Glue are not included.
• Finely reproduce the “Flying Brick” boxing body style and details such as rear wing.
• The interior such as roll bar, dashboard are reproduced in detail.
• Recreate the undersurface of chassis, front/rear suspension, and floor panel realistically.
• Marking for the car won the championship in the 1986 ETCC at Hockenheim.

The Volvo 240 Turbo was developed as a Group A racing car by Volvo in Sweden. In 1983, 500 ”Evolution” model cars were built to satisfy production requirements to qualify for the FIA Group A regulations and became a direct base car of the Group A race model. The engine was equipped with 4 cylinder inline OHC 2141cc turbo-charger and produced a power of 340 hp. The Volvo 240T weighed 1035kg and showed its high speed to rivals. Its boxing body style and speed gained its nickname “Flying Brick”. In the European Touring Car Championship (ETCC), the Volvo 240T won the championship in 1985 and 1986.