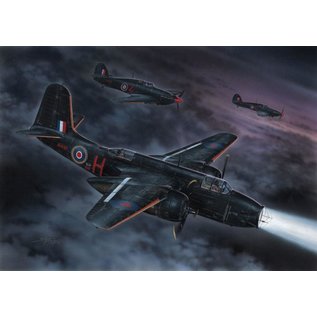 The Helmore/GEC Turbinlite was a 2,700 million candela (2.7 Gcd) searchlight fitted in the nose of a number of British Douglas Havoc night fighters during the early part of the Second World War and around the time of The Blitz. The Havoc was guided to enemy aircraft by ground radar and its own radar. The searchlight would then be used to illuminate attacking enemy bombers for defending fighters accompanying the Havoc to shoot down. In practice the Turbinlite was not a success and the introduction of higher performance night fighters with their own radar meant they were withdrawn from service in early 1943.