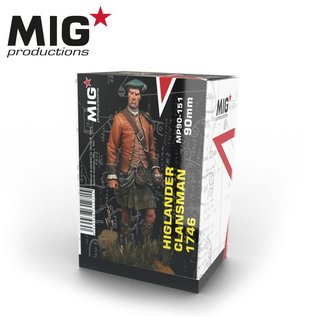 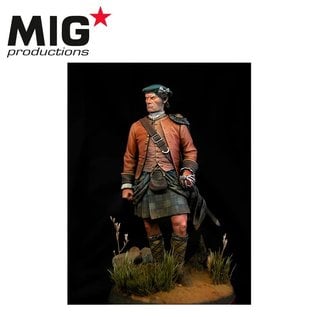 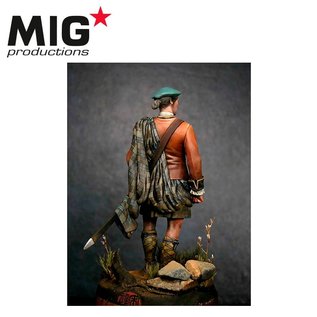 The fierce fighters Highlanders of the clans of Highland Scotland proved to be an almost constant thorn in the side of a series of British monarchs was for nearly 60 years.

In 1746 at Culloden Moor, was fought the last battle of the uprising of the “fortyfive”.

The Battle of Culloden, was the final confrontation between the Jacobite army of Charles Edward Stuart and the Hannover government forces of King George II.

This figure in 90mm is a clasic among these historic scale figures.