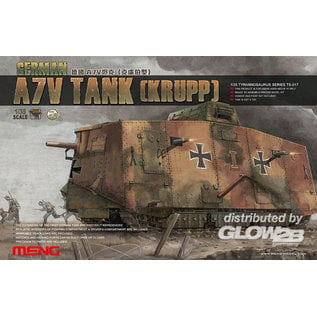 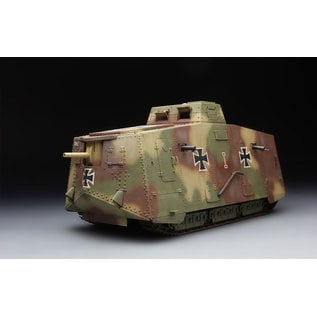 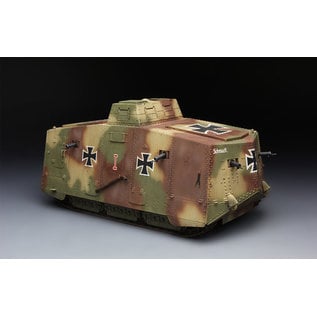 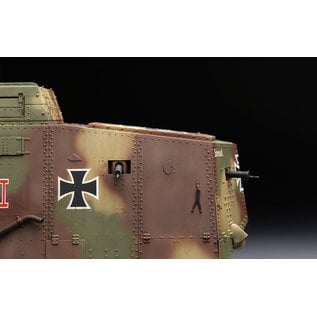 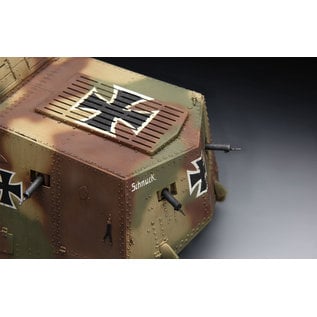 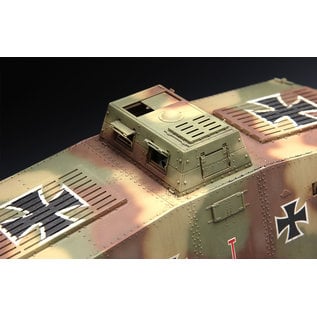 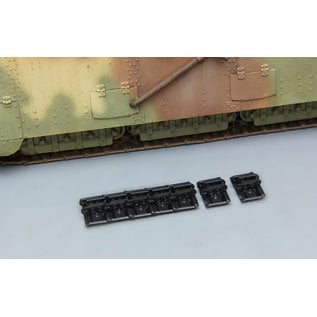 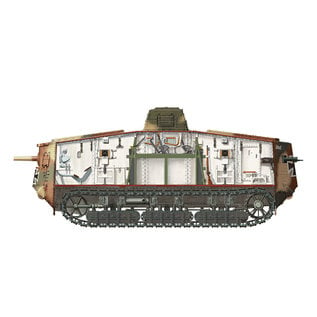 After British tanks appeared in battles during the WWI, Germany developed its own tank—A7V. This tank weighed 30t. Normally it had a crew of 16 to 18, and sometimes up to 26 were carried. Thus, it’s the tank that had the largest number of crew in the world. It adopted an improved Holt tractor chassis, and two Daimler engines generating 200hp output. Its armament was a 57mm Maxim-Nordenfelt QF gun and six 7.92mm Maxim MG-08 heavy machine guns. As resources were in short supply during the wartime, the A7V side armor plates made by Krupp Corp were assembled from several parts. The A7V tank was put into service in January of 1918.

As the first German tank, A7V settled a solid foundation for the development of German tanks.

This 1/35 scale German A7V tank (Krupp) plastic model kit is a precise replica of the first German tank. Its exteriors are accurately represented; the interiors of the fighting compartment and the driver’s compartment are realistically reproduced; workable track links are provided; all hatches and viewing ports can be built open or closed; precision PE parts are included.