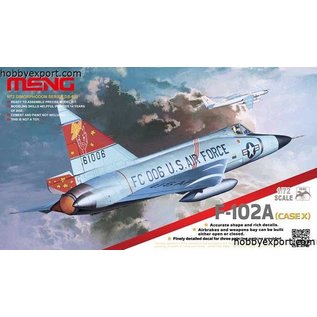 F-102A Delta Dagger, designed and manufactured by Convair，was the first supersonic all-weather interceptor and also the world's first aircraft applied the 'Area Rule'. There were two different wings for the F-102As: the 'Case X' and 'Case XX' wings. The F-102As were mainly deployed in North American, while a small number of them were deployed in overseas bases during its service. F-102As also served in Vietnam War. After being retired from USAF, a part of F-102 aircrafts were transferred to the United States Air National Guard, others were sold to Greece and Turkey.